As Houston is pounded by record level flooding, the worst of humanity has hit the streets looking to take advantage of an already horrific situation. While a countless number of good Samaritans have flooded into Houston, the kind of people who the media has spent the last year demonizing and trying to convince you are “racists,” the liberal media is ignoring the truth about what’s really going on in Houston.

While heroes work day in and day out to help rescue people who failed to heed the warnings of the coming storm, dirt bags have begun roaming the city looting, robbing people, and posing as rescuers so they can commit their crimes. You won’t hear about this in the mainstream media, but it’s something that happens with almost every one of these natural disasters and is why I warn people this is something they will have to deal with during the aftermath of any natural disaster. 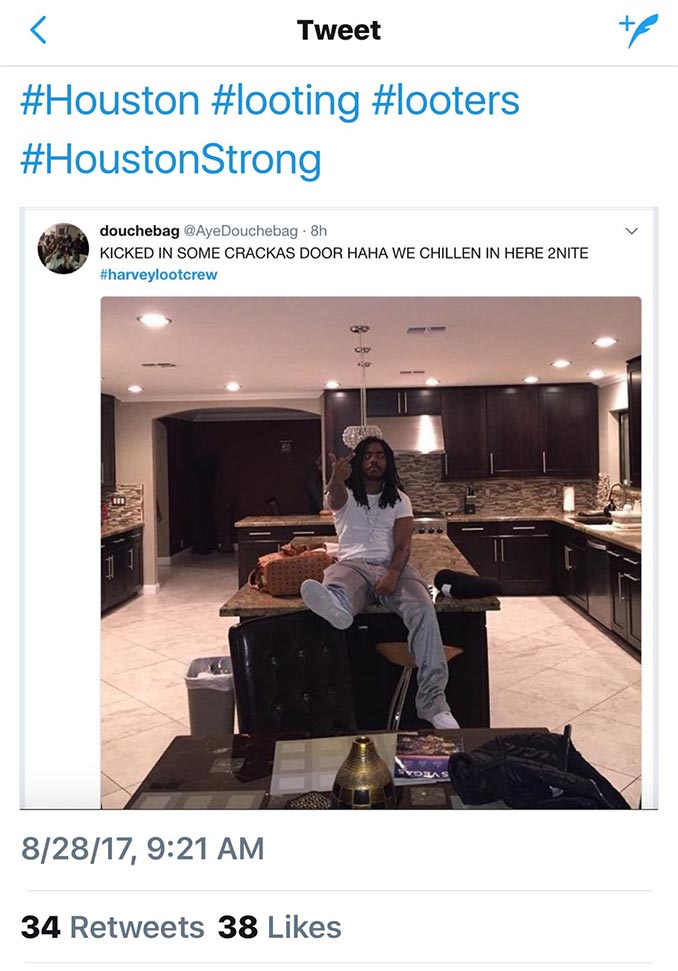 The Truth about The Storm

There are a number of things coming out of this storm that are being ignored by the mainstream media:

If you’ve been watching the coverage of the storm you’ve probably seen people being rescued by hundreds of ordinary looking boats. These boats are not federal or local government rescue teams; they are some good ol’ boys from Louisiana who formed their own rescue team which they call the Cajun Navy. 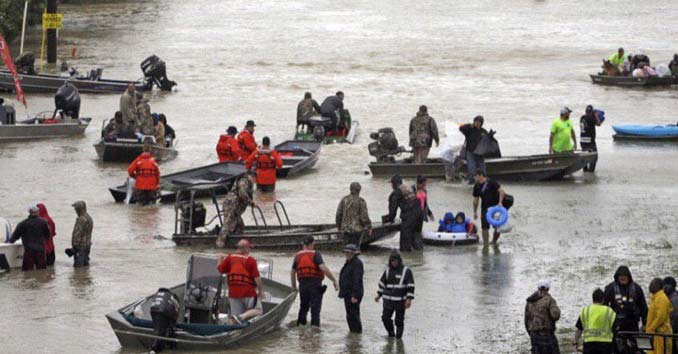 As soon as the storm started to hit, they piled in their trucks and headed into the storm. They’ve saved countless lives and got to the area before most government agencies even knew what was happening. Unfortunately, they have been targeted by criminal garbage.

Members of the Louisiana Cajun Navy, a group of private citizens from Louisiana who jumped in their trucks and brought their own private boats into Texas to help Harvey victims, have been shot at, impersonated, and even have had their boats targeted by degenerate thugs/looters, the group said on Facebook.

Houston police union officials told The Daily Caller that a group of firefighters were targeted by looters while helping people escape the catastrophic flooding.

“We had firefighters out there helping people, and looters started firing on them,” Officer Joe Gamaldi told TheDCNF Tuesday morning. “We sent officers down there on a code 1 (which means as fast as you can) to assist, and they too came under fire.”

Media Covering for the Thugs

ABC News Reporter Tom Llamas initially reported on the looting, taking to Twitter to inform the public what was going on saying, they “informed police of the looting” that they witnessed. Hours after the tweet went out, ABC and the reporter deleted the Tweet after Thugs and alt-left terrorist groups started sending threats to the reporter for “snitching.” 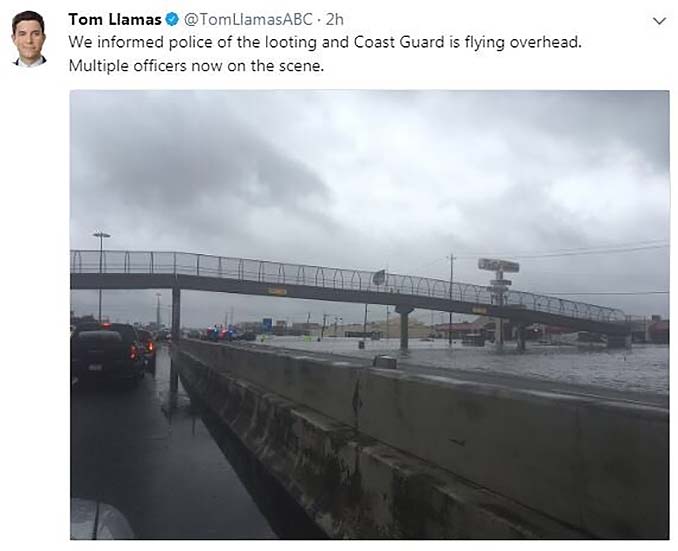 While the mainstream media continues to cover for the thugs, many of them are openly bragging on social media, posting pictures of themselves looting and breaking into houses and encouraging others to loot the “white neighborhoods” and to target “Trump Supporters.” 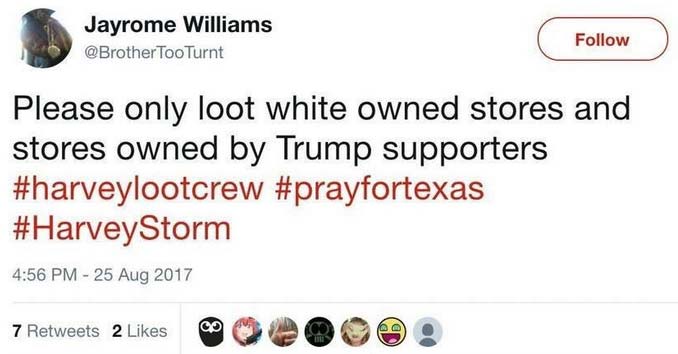 But some in Texas have a message for the scum!

Public Service announcement to would be looters down in Texas….Don’t do it! 👌😎 pic.twitter.com/S9IOOJ6L1E