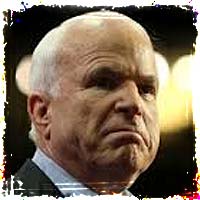 In case you missed what happened yesterday, because it was not covered by the Mainstream Media, Senator Rand Paul led a 12 hour filibuster of CIA Nominee John Brennan, after the White House refused to say they don’t have the authority to kill American Citizens on American Soil.

In what should have had 100% support by every member of the Senate, only managed to garner the support of a handful of senators. In fact this morning, the Senate, led by Sen. John McCain and Lindsey Graham, took to the Senate floor to denounce Rand Paul’s demands. Senator McCain said he was doing a “disservice” to the country.

A disservice to the country?

Since when is standing up for our right to live a disservice to the country? Every last one of these people needs to be voted the hell out of office. The fact that we couldn’t even get a majority of the U.S. Senate to agree that the President does not have the authority to Kill American Citizens on American Soil (without a trial), is an absolute travesty of justice. What a sad day it is for America when it’s even up for debate.

What the hell happened to America? The sad reality of what happened yesterday, on the Floor of the Senate, should send chills through the spines of every red-blooded American. Can you believe we have come to a place where it’s now being debated whether or not the federal government can ignore the Constitution and kill Americans without a trail?

For the last couple of years we’ve highlighted the drone programs, the effort to disarm America, and how the Department of Homeland Security is stockpiling massive amounts of Ammunition. What some called wild conspiracy theories, don’t seem so wild anymore do they?

To bring the Filibuster to a close, Senator Rand Paul offered a non-binding resolution opposing the President’s ability to kill Americans in drone strikes on US soil. Something that should have received 100% support in the Senate, couldn’t even get enough votes to pass. We are living in a country where only a handful of our elected representatives seem to have a problem with our government conducting the targeted killing of American Citizens.

Democrat Senator Dick Durbin, speaking for the majority, was designated to say he objects to Paul’s non-binding resolution. The fact that a majority of the U.S. Senate could not even stand together in opposition to something as simple as opposing (in a non-binding resolution) the President’s ability to assassinate citizens in drone attacks on US soil is simply inexcusable.

This is not a Partisan Issue: Both Sides are to Blame

For those that want to claim this as a partisan issue, I want to remind people both political parties, Democrats and Republicans, overwhelmingly supported President Obama’s ability to kill American Citizens without a trial. In fact, at the same time Rand Paul made his stand to say that, “No President has the right to say that he is judge, jury, and executioner”,  a huge number of Republican Senators decided to ignore what was going on in the Senate, and instead attended a swanky dinner with President Obama.

The Following Republicans decided it was more important to be seen eating dinner with the President than it was to Stand with Rand Paul and Support the Constitution and your right to live.

When asked this morning whether the president has the power to kill Americans here at home, Senator Lindsey Graham said “I find the question offensive, I do not believe that question deserves an answer.” Senator John McCain then went to the Senate floor and defended President Obama’s ability to kill American Citizens on American Soil, by arguing that America is part of the worldwide battlefield. He publicly stated that the President has the right to kill Americans (without a trial) who are deemed to be “enemies” of the country.