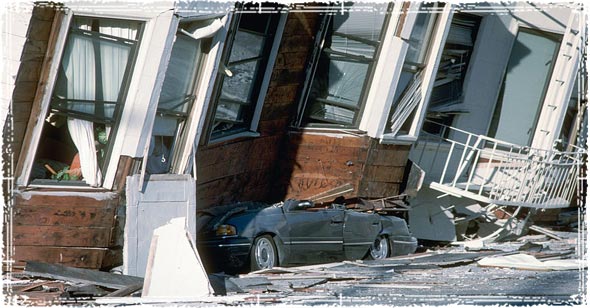 According to the U.S. Geological Survey (USGS), millions of Americans, living in areas of the United States that were once thought to be low-risk earthquake zones, are now living in seismic zones that are more active than the high-hazard areas of California.

A federal report from the USGS suggests that some 7 million people in the central and eastern U.S., including people in Oklahoma, Kansas, Texas, Colorado, New Mexico and Arkansas, now live in a man-made earthquake zone. The USGS says that oil and gas drilling can trigger these quakes, and claim many of these areas have seen a dramatic increase in seismic activity over the past six years.

The report comes in response to a dramatic increase in earthquake activity in Oklahoma, which is now one of the most seismic places on the planet.

Beginning in 2009, the frequency of earthquakes in Oklahoma started to skyrocket. From 1978 to 2008, Oklahoma experienced an average of two 3.0+ Mw earthquakes per year. Since then thousands of earthquakes have hit Oklahoma and surrounding areas in southern Kansas and North Texas.

“By including human-induced events, our assessment of earthquake hazards has significantly increased in parts of the U.S.,” said Mark Petersen, Chief of the USGS National Seismic Hazard Mapping Project. “This research also shows that much more of the nation faces a significant chance of having damaging earthquakes over the next year, whether natural or human-induced.” 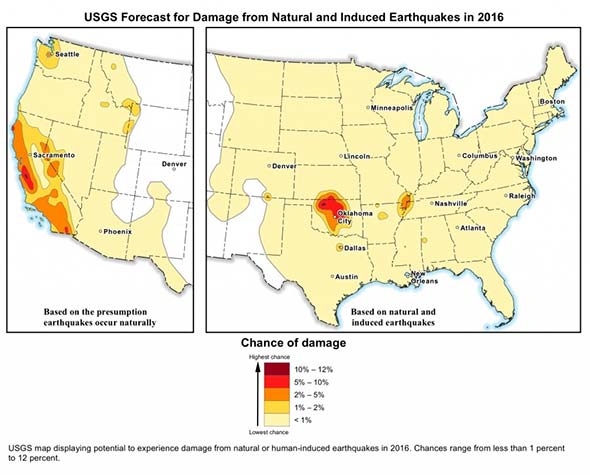 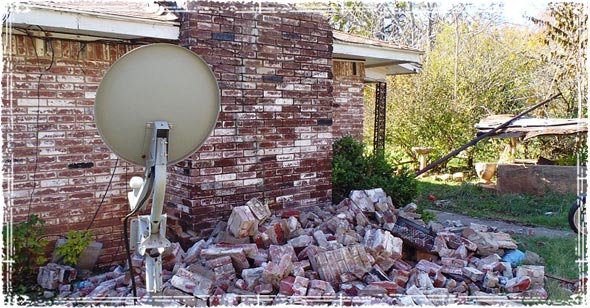 Damage to a home caused by a magnitude 5.6 earthquake in central Oklahoma on Nov. 6, 2011

If you live in one of these man-made earthquake zones, you need to take earthquake preparedness seriously. There are a number of safety precautions you can take to protect yourself and minimize damages. Here are some tips from my book, The Ultimate Situational Survival Guide: Self-Reliance Strategies for a Dangerous World: