Montana moved one step closer to taking back the States power, after the Legislature’s House Judiciary Committee passed the so-called “sheriffs first” bill. The bill, which has many in the federal government already crying foul, declares the local sheriff to be the supreme law of the land. 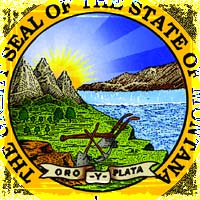 The bill, entitled “AN ACT REGULATING ARRESTS, SEARCHES, AND SEIZURES BY FEDERAL EMPLOYEES”, requires federal agents to get a sheriff’s permission before making any arrests, or serving any warrants in the State of Montana. Should any federal agent make an arrest without this permission, the bill enables local Sheriffs to arrest the federal agent and charge them with kidnapping and trespassing charges.

The bill, HOUSE BILL NO. 303 written by Gary Marbut, passed both houses in 2011 but was vetoed by then governor Brian Schweitzer. This time,  should the “sheriffs first” bill clear the Republican-controlled House and Senate, it will go directly to the people for a ballot vote in November 2014. The direct ballot would make it impossible for the Democrat Governor, Gov. Steve Bullock, to veto the bill.

Pursuant to the 10th amendment to the United States constitution and this state’s compact with the other states, the legislature declares that any federal law purporting to give federal employees the authority of a county sheriff in this state is not recognized by and is specifically rejected by this state and is declared to be invalid in this state.

Penalties in the bill are as follows:

Sheriffs across the Country Watching What’s Happening in Montana

Across the country similar bills are being proposed, and in some areas the local Sheriffs aren’t waiting for further legislation. A growing number of numbers of sheriffs from around the country are already telling the Feds to stay out of their jurisdictions. Sheriffs from New York, Kentucky, Alabama and Oregon have all joined forces in an effort to take back their State’s power.

A number of them have written the Obama Administration to tell them they will not allow federal authorities to come into their communities to confiscate guns, or to violate their resident’s constitutional rights.