Mossberg’s big announcement for this year’s SHOT Show was their brand new 590M™ Mag-Fed 12-gauge shotgun. The 590M is built on Mossberg’s pump-action, tactical platform but features a double-stack, 10-round shotgun magazine; with optional 5, 10, 15 and 20-round capacity magazines sold as separate accessories.

Without the magazine, the shotgun basically looks like a regular Mossberg 590; pop in that double-stack, 10-round shotgun magazine and this thing is an absolute monster! 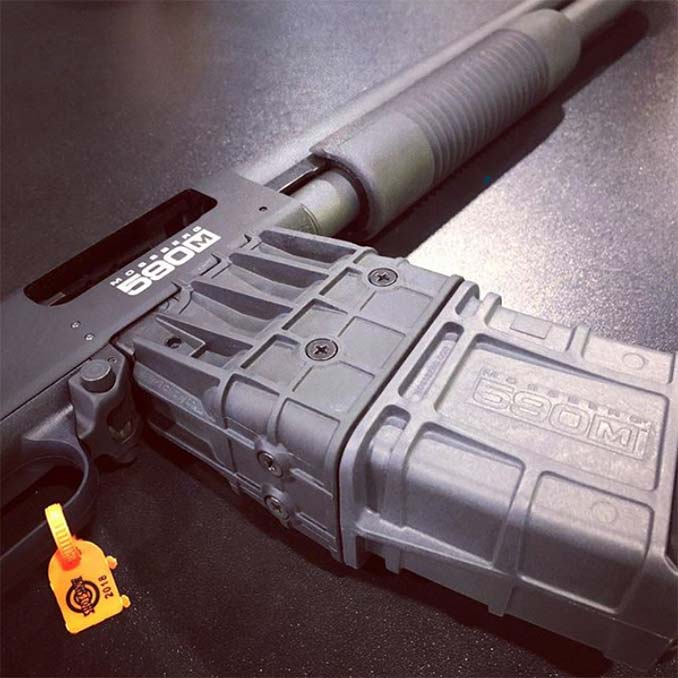 From a home security perspective, it doesn’t get much better than having a magazine feed 12 gauge; when seconds matter, it’s nice not to have to worry about reloading one shell at a time. With 5 – 20 round magazine options, this shotgun gives you the peace of mind knowing that you have one more advantage over the bad guys.

How Does it Feel?

To be honest, looking at this thing — especially with the extended 20-round magazine — it looks like it’s going to be hard to handle. There is simply no way to deny that adding that much extra height and weight is going to create some control and balance issues. I like a shorter shotgun for home defense, so the thought of adding anything extra did give me a bit of a pause.

If you are not used to shooting a magazine-fed shotgun, it does take a little bit of getting used to but the doublestack magazine does help with some of the swing and balance control since it helps keep the magazine up closer to the gun. Personally, I like the 10 or 15 round magazine, especially if you plan on using it for defense in close quarters. But the 20 is more than manageable, as long as you actually take it out to the range and train with it. 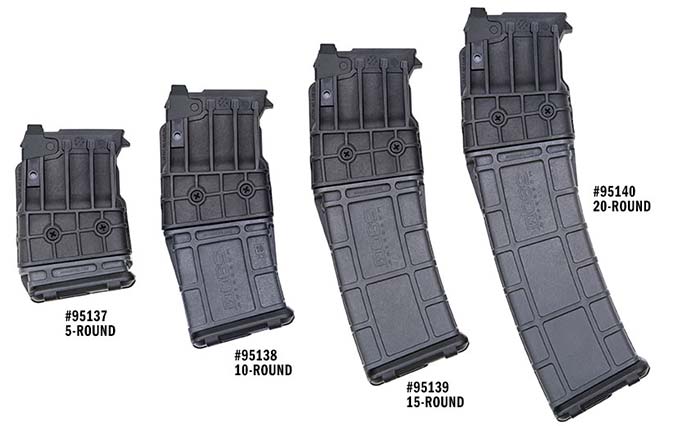 The Mossberg 590M line is being released with two different models.

The base model 590M includes all of the field-proven features of Mossberg’s pump-action platform with an 18.5-inch, heavy-walled cylinder bore barrel; bead sight; black synthetic stock and forend; matte blue metal finishes; and 10-round, double-stack magazine. Throw in a couple of their 20 round capacity magazines, and you will be hard-pressed to find this much firepower in one application.

Pricing on the M590 Lineup

The 590 line is going to run you a little bit more than the average 590 tactical pump shotgun, but again, from a home security perspective, the ability to pop in a 20 round magazine is something that in my mind justifies the extra up-front expense.

The Mossberg 590 in Action

From natural disasters to hacking attacks and terrorism, we face more threats to our power grid than ever before. These small portable solar chargers will ensure you have emergency power when the grid goes down. […]