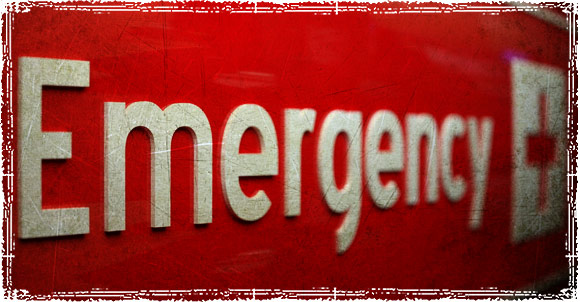 While I personally don’t think Ebola is a huge threat at this point – when you put the actual numbers into perspective there have only been 900 deaths in a world that has a population of over 7 billion people ­­– the recent Ebola outbreak has highlighted how ill prepared this country is to face any type of pandemic outbreak.

Officials at the Centers for Disease Control insist America hospitals can contain an Ebola outbreak if it spreads here to the United States, they are so confident that they broke the first rule of containing an epidemic by bringing infected patients here to the U.S. ­– an area that has never had a reported case of human Ebola. While the CDC plays lip service to how prepared they are, the facts are far different from what’s being reported.

American Hospitals are Grossly unprepared to Contain an Outbreak

Judging from the CDC’s own internal numbers – which are probably grossly under-reported – American Hospitals are in no way ready to contain any sort of disease outbreak. In fact, they can barely contain pathogens that are already known to this country.

According to the CDCs own numbers, over 1.7 million people are infected by healthcare-associated infections every year, with 99,000 people a year dying from infections they acquired at a hospital. If U.S. hospitals can’t stop known pathogens like Methicillin-resistant Staphylococcus aureus (MRSA), Clostridium difficile (C. diff), and Vancomycin-resistant Enterococcus (VRE), there’s no way these same hospitals are going to be able to stop something as infectious as Ebola or any future pandemic outbreaks.

To put it into perspective, every year 14,000 people are infected with Clostridium difficile while staying in U.S. hospitals. Clostridium difficile is a pathogen that’s spread by diarrhea, and is nowhere near as infectious as Ebola. If these same hospitals had an outbreak of Ebola, does the CDC really believe they can contain it with current medical practices?

CDC has its own Problems with containing Disease.

As we reported last month, the CDC has its own problems with containing deadly pathogens. Over the last three months the agency has had at least three incidents where they mishandled Anthrax, Avian Flu, and Smallpox – in one case exposing 86 workers to Anthrax.

Yet Tom Frieden, Director of the CDC, the guy who keeps showing up on TV telling the public how they’re in no way putting them at risk by bringing infected patients into the country, is the same guy who had no clue his own agency had multiple security breaches over the last three months. These people are grossly incompetent, and our country’s hospitals have become absolutely disgusting cesspools of disease.

MRSA has become an epidemic at hospitals, with over 2 million people coming down with the infection last year, and of that about 23,000 of them dying. Our healthcare system is literally falling apart, while the government and the CDC sit by doing very little to help contain or fix the chaos.

So while I don’t think Ebola is an immediate concern to the country – unless we start seeing a major spike in numbers ­– I do think the larger issue of how prepared we are to stop a large-scale outbreak of disease is a huge concern. In fact, while the media is serving you up 24/7 coverage of an outbreak that to this point has only killed an estimated 900 people, hundreds of thousands of people have been infected because of this country’s poor medical practices.

We already have an epidemic in this country; sadly it’s one of our own creation, and is a showcase for what’s to come. If our healthcare system doesn’t start receiving the attention it deserves, this country is in for a long hard ride ahead.