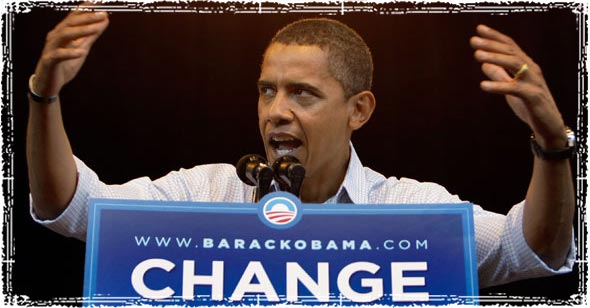 In July of 2008, Candidate Barack Obama said at a campaign event:

”The problem is, is that the way Bush has done it over the last eight years is to take out a credit card from the Bank of China in the name of our children, driving up our national debt from $5 trillion dollars for the first 42 presidents — number 43 added $4 trillion dollars by his lonesome, so that we now have over $9 trillion dollars of debt that we are going to have to pay back — $30,000 for every man, woman and child.”

Unfortunately, the man who rightly spoke out against the insane amount of debt racked up by President Bush has now far exceeded not only Bush’s grotesque crime against the American people, but the combined national debt of all other president’s before him.

When Obama took office in 2009, the national debt stood at $10.6 Trillion. Since then it has ballooned to $18.5 Trillion, and thanks to the sellout Republicans in congress who passed his reckless budget deal, he will be allowed to add another $1.5 trillion to that total before he leaves office.

The straw that breaks the camel’s back?

We are broke; DEAD BROKE. With nearly $20 trillion in admitted national debt, and another $220 trillion in unfunded liabilities, there is no denying how bad things really are. The only reason we aren’t seeing the breadlines of the 1920s is because the government has subsidized the biggest Ponzi scheme in American history.

Almost half of Americans now live in a household that receives government assistance. While some of those are people who receive social security benefits, the fact is we don’t have the money to sustain any of these programs. In fact, by the end of 2016 the Social Security disability fund is expected to run out of money. When that happens, some 11 Million Americans could be the first to find out what it’s like to live without their monthly government check.

The coming Collapse: A look at the numbers…

The crisis is much worse than anyone in the media or the government is saying; but even if you only look at the numbers that the government is reporting, there is no denying the fact that we are in some serious trouble. I believe one of the biggest preparedness related threats we face is the coming collapse of our economy, it’s the reason I devoted an entire section of my book to preparing for it, and it’s the reason we cover these types of stories on the site.

When it comes to preparing for this threat, one of the most important things you can do is have a plan of action. Check out my article on how to prepare for the coming collapse, and start making plans for how you will protect yourself and your family from this threat.