In one of the most disturbing cases to come out of the Supreme Court in quite some time, the Supreme Court of the United States has ruled that police departments can now collect DNA from anyone they arrest, regardless of guilt or innocence. 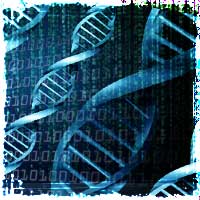 Without a trail, without a warrant from a judge, and without even probably cause, any police department in America can now collect your DNA, and then add it to a national DNA database. In a landmark case, the Supreme Court ruled that police can routinely take DNA from people they arrest, equating a DNA cheek swab to other common jailhouse procedures like fingerprinting and photographing.

One of the four dissenting judges, conservative Justice Antonin Scalia said in a sharp dissent, “Make no mistake about it: because of today’s decision, your DNA can be taken and entered into a national database if you are ever arrested, rightly or wrongly, and for whatever reason.”

Justice Anthony Kennedy wrote the majority’s 5-4 decision and said, “DNA identification of arrestees is a reasonable search that can be considered part of a routine booking procedure,” … “Taking and analyzing a cheek swab of the arrestee’s DNA is, like fingerprinting and photographing, a legitimate police booking procedure that is reasonable under the Fourth Amendment.”

According to court documents, the FBI’s Combined DNA Index System or CODIS – a coordinated system of federal, state and local databases of DNA profiles – already contains more than 10 million criminal profiles and 1.3 million profiles of those arrested.

With this ruling, the National DNA database will likely balloon to include millions upon millions of innocent Americans, as even individuals arrested for misdemeanors and traffic offenses could now be subject to this DNA collection.

There is no question that American has become the Police State that many have long feared. This ruling effectively negates your 4th amendment rights and gives the government the power to collect, store and do anything they want with your DNA.