After failing to convince the American Public that guns are the problem, President Obama has a new strategy to go after guns – claim that it’s an issue of National Security.

Since President Obama took office his administration has done everything they can to push gun control on the American Public, including signing numerous unconstitutional executive orders to prevent Americans from obtaining the firearms they need to protect themselves from the psychopaths of the world. Now, the Obama administration is using the recent terrorist attack in Orlando, Florida as an excuse to not go after terrorists, but instead to take guns away from American citizens.

The new strategy was unveiled by the chief dunce over at the Department of Homeland Security who seems more concerned with disarming Americans than doing his actual job of protecting the homeland from terrorists. 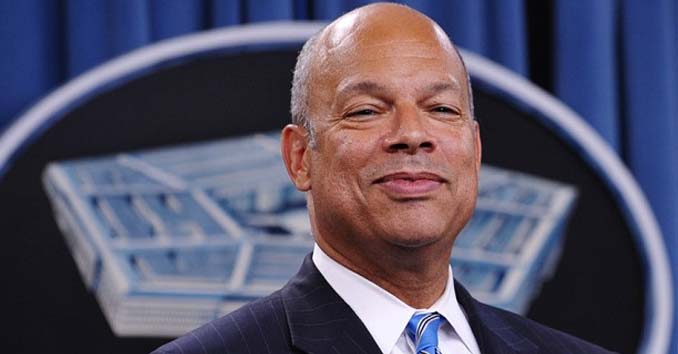 Johnson told CBS I do believe,” he said, “that meaningful, responsible gun control is now part and parcel of homeland security.”

He continued, “It’s critical to public safety. We have to face the fact that meaningful, responsible gun control has to be part of Homeland Security. It’s coming I think the American public has to face.”

DHS, the agency who helped Employ the Orlando Terrorist, Says they are the Answer to Gun Control?

In what world does any of this make sense? While the mainstream media refuses to cover this aspect of the story and not one of the so-called journalists interviewing Johnson had the balls to ask him about it, the fact is the Orlando Terrorist was employed by a Department of Homeland Security Contractor.

Yep, you heard that right; while the media tries to shift the blame to those magical guns that somehow cause these shootings, the real story is yet again ignored.

The Islamic terrorist who carried out the Orlando attack was employed by G4S security company as a licensed, professional security guard with the ability to carry a firearm on duty. He worked at the company for a number of years, even while under investigation for his terrorist ties by the FBI.

G4S is contracted by the Department of Homeland Security to protect federal buildings, including nuclear facilities, and is responsible for providing security protocol for major transportation hubs around the country. The are also responsible for transporting illegal immigrants from the border.

So the same Department of Homeland Security who couldn’t stop a terrorist from gaining security clearance and DHS Contractor training is now going to be responsible for who gets a gun?

The Orlando terrorist was interviewed by the FBI at least three separate times and was under investigation for 10 months in 2013. At no time during that investigation did DHS revoke this psycho’s security clearance. Instead of worrying about taking guns away from Americans, maybe DHS should focus on doing their job and pay a little more attention to who they are hiring as government contractors.

As I said in my article yesterday, these people either lack the ability to protect you or have no real interest in protecting you. You need to be prepared to protect yourself because your government won’t.