During a House Armed Services Committee hearing earlier today, Rep. Doug Lamborn (R) of Colorado may have leaked classified information that was not mean for public consumption. While questioning Chairman of the Joint Chiefs of Staff Gen. Martin Dempsey, Lamborn started quoting a classified Defense Intelligence Agency report that had not yet been released to the public.

The report stated that “North Korea now has nuclear weapons capable of delivery by ballistic missiles.”

The questioning came as a shock to Secretary of Defense Hagel and Chairman of the Joint Chiefs of Staff Gen. Martin Dempsey, who until this morning was still telling reporters that “the proximity of the North Koreans to achieving a miniaturization of a nuclear device on a ballistic missile … is a classified matter.”

The news is even more troubling in light of reports that came out of South Korea early this morning. According to South Korean Officials, North Korea is ready to launch as many as five missiles from its east coast, and some are worried that they could all be launched simultaneously.

In response to recent events, the United States and South Korea have raised their alert level from Watchcon 3 to Watchcon2, just one step away from wartime status.

According to reports that have been released to the public, North Korea’s missiles could easily hit South Korea, Japan, or US forces in Japan. Officials deny the missiles have the power to reach mainland USA, but these same officials have denied North Korea had nuclear weapons capable of delivery by ballistic missiles until today’s senate hearing.

Is North Korea Planning a Nuclear Strike on the United States?

Earlier this month, the North Koreans released a picture which reportedly showed a nuclear “US mainland strike plan” that had lines drawn to multiple American targets including Hawaii, Los Angeles, Washington and Austin Texas. 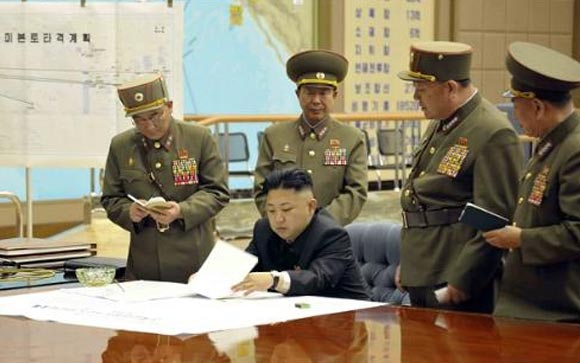 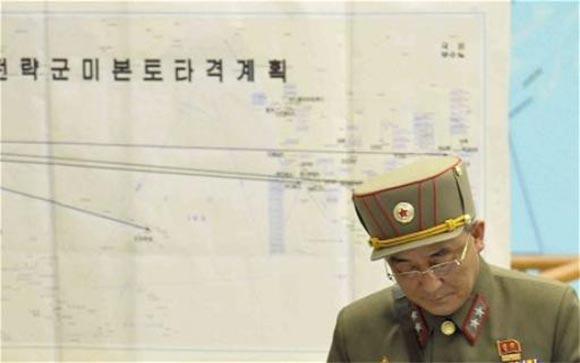