On Sunday, North Korea, through their DPRK state-run news outlet, threatened that they now possess the ability to wipe out Manhattan with a hydrogen bomb. 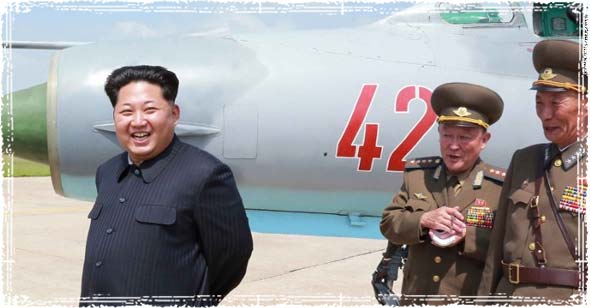 While the Obama administration is playing down the threat, growing evidence suggests North Korea now possess not only the materials to build the bomb, but possibly the ability to launch one at the United States.

“Our hydrogen bomb is much bigger than the one developed by the Soviet Union,” DPRK Today, a state-run outlet, reported Sunday. DPRK stands for the Democratic People’s Republic of Korea, North Korea’s official name.

“If this H-bomb were to be mounted on an intercontinental ballistic missile and fall on Manhattan in New York City, all the people there would be killed immediately and the city would burn down to ashes,” the report said, citing a nuclear scientist named Cho Hyong Il.

On January 6th, North Korea announced they had successfully detonated a Hydrogen Bomb; weeks later they successfully launched a long-range rocket carrying what it called a satellite — the kind of rocket that could be used to deliver a nuclear device.

While U.S. officials publicly play down North Korea’s ability to launch an attack, claiming North Korea’s warheads are too small, Jeffrey Lewis, director of the East Asia nonproliferation program at the Middlebury Institute of International Studies at Monterey, warned against dismissing the claim too soon.

“It does not look like U.S. devices, to be sure, but it is hard to know if aspects of the model are truly implausible or simply that North Korean nuclear weapons look different than their Soviet and American cousins,” Lewis wrote on 38 North, a website devoted to North Korea. “The size, however, is consistent with my expectations for North Korea.”

How big of a threat is an H-Bomb?

The “H-bomb” is not a weapon to be underestimated. A blast from an H-bomb is believed to be 1000 times more powerful than the atom bombs dropped on Japan during WWII. The A-bombs dropped by American forces on Hiroshima and Nagasaki in 1945 killed more than 200,000 people.

At the moment, Russia, USA, China, Britain and France are the only known countries to possess hydrogen bombs.