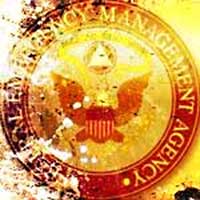 FEMA, the federal agency who’s responsible for responding to natural disasters and emergencies, apparently can’t figure out how to respond to anything. Over a week after Hurricane Sandy hit the East Coast, the agency is still having trouble providing basic emergency supplies and shelter to the affected area.

And now to add insult to injury, FEMA has actually had to shut down emergency relief shelters due to a snow storm that just hit the area.

Is this really what America voted for? We spend billions of dollars a year on this agency and they can’t even handle the one thing their supposed to be able to do; respond to an emergency situation.

Emergency Shelters that are open, are Death Traps

According to the Asbury Park Press, those that have managed to find open shelters are living in conditions that are worse than what they left. Many of them have been shuttled to FEMA shelters that are nothing more than large tents that have no electricity, no running water, no heat, and barely enough supplies for those living in the shelters.

The Media is not being allowed inside any of these fenced complexes, but some evacuees are starting to speak out. One resident of FEMA’s tent city, told the Asbury Park Press.

“The elections are over and here we are. There were Blackhawk helicopters flying over all day and night. They have heavy equipment moving past the tents all night”…” Everybody is angry over here. It’s like being prison”

When residents of FEMA’s tent city tried to call out and inform the media, officials tried to stop them from taking pictures, turned off the WiFi and stopped allowing people to charge their smart phones.

One Evacuee told the Press:

“After everyone started complaining and they found out we were contacting the press, they brought people in. Every time we plugged in an iPhone or something, the cops would come and unplug them.”

Sickness Breaking Out in Shelter Camps

In Brooklyn, three shelters had to be closed down and sanitized after a stomach virus broke out and sickened a large number of the evacuees.

Prisons to Be Used as Emergency Shelters

With over 40,000 New Yorkers still in desperate need of shelter, The New York Post is reporting that City officials may use an empty prison on Staten Island to feed and house as many as 900 victims.

New York City’s Mayor Bloomberg announced that because of major disruptions in the gas supply, the city will now have to ration gas for at least the next two weeks. The city has failed to reopen over 75% of its gas stations, and those that are open are struggling to meet the high demand. 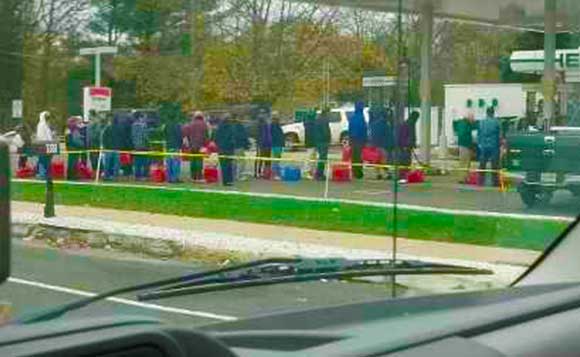 The mainstream media may have forgotten about New York and the government may not want to talk about its failures, but the fact is large areas of New York City (mainly the poor areas) have descended into absolute chaos. 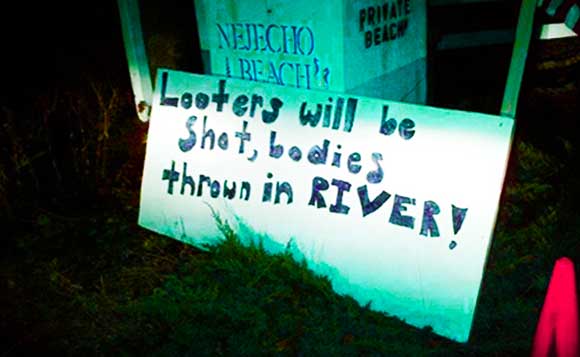 Almost a week after Sandy pummeled the East Coast, some areas of New York and New Jersey have been taken over by criminals. The scenes look like something right out of a post apocalyptic Hollywood movie, as residents wielding bows and arrows, bats and anything else they can get their hands on try to protect their homes against looters.

I honestly wish I didn’t have to write another story about the aftermath of Hurricane Sandy; but this country can’t afford to ignore the lessons of another disaster and how our government once again failed to do their job. People need to wake up to the fact that we can’t rely on our government to help during an emergency situation.

Americans need to start taking Preparedness seriously and they need to realize that they can’t outsource their safety to some government agency.