President Obama is yet again lawlessly sidestepping the constitution by passing another executive order that fly right in the face of prior congressional votes.

This morning President Obama announced a wide range of executive orders that he will use to go after guns. Despite being broadly rejected by Congress, Obama is ignoring not only the will of the people, but the constitution itself. In fact, during his press conference this morning President Obama admitted that the actions he is taking were voted down by congress, but says he will go forward with them anyways. 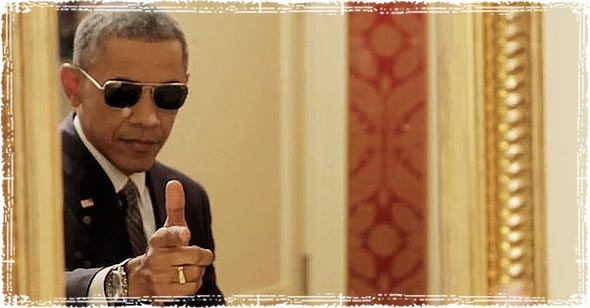 Here are the specifics and what it means for gun owners:

Private sellers – possibly even those just conducting a single sale between family members – will be required to obtain a federal firearms license; something that will almost single handedly shutting down the private sales marketplace overnight. The exact language is pretty vague, but the President has given the ATF discretion to decide who they think is or isn’t conducting firearms related business; it seems the intention is to make it impossible for people to sell their used firearms without a license, or risk ending up in prison.

White House Senior Adviser Valerie Jarrett said that selling as few as “two firearms” could require somebody to obtain a federal firearms license. However, later in the call, Attorney General Lynch revised that number down further. “It can be as few as one or two depending upon the circumstances under which the person sells the gun,” Lynch said.

Since the process of obtaining a license can take months, and be rather costly, this action alone could shut down private firearm sales all together.

One of the more sinister, not to mention blatantly unconstitutional, parts of this executive order is that millions of social security recipients could soon be told they are no longer legally allowed to own a firearm. On a conference call with reporters, Valerie Jarrett announced that the president will require the Social Security Administration to begin making rules for prohibiting certain Social Security recipients from legally obtaining guns, something that could ban millions of Americans from legally owning a firearm.

Obamacare in Action: Doctors will now report your mental health problems to the FBI

Ever have depression? What about issues with anxiety? Well under Obama’s new executive order you could be reported to the FBI, causing you to lose your 2nd amendment right to own a firearm.

Without congressional approval, or any piece of legislation making this legal, the Obama administration has finalized rules that will allow doctors to report the names of patients who they think have mental health issues directly to the FBI. I guess we now know why it was so important for them to push Obamacare through without reading it; we now have government sponsored network dressed in white coats.

Obama, who apparently has never actually read the constitution, insists his actions are within his legal authority and supported by “the overwhelming majority of the American people, including gun owners.

If this is about ending gun violence and stopping crime, why has Obama pretty much stopped prosecuting gun crimes?

While Obama would like you to believe these executive orders are about protecting American citizens from violence, the truth is these polices have nothing to do with going after criminals or cutting down on mass shootings. Not a single thing in these executive orders will go after actual criminals, gang members, or the people who are actually committing crimes with guns.

If this is really about protecting us from criminals, why not enforce the laws that are already on the books?

Since taking office, President Obama has refused to go after people who have lied on their firearm background checks. In fact, his administration has even has stopped prosecuting so-called strawman purchases, where someone illegally buys a gun for someone who is prohibited from owning one under current law. 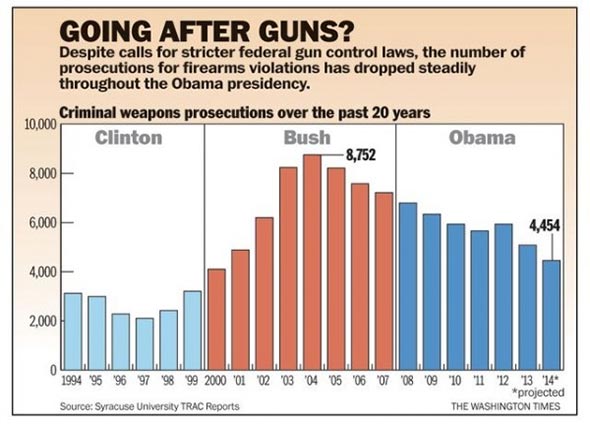