Less than 24 hours after President Obama’s reelection, it looks like he may be making good on his promise to curb gun rights. According to Reuters, President Obama has backed the U.N.’s attempts to reopen the UN arms treaty talks which would control and regulate the sale of firearms at an international level. 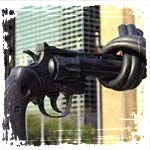 The U.N. Small Arms Treaty would effectively place a global ban on the import and export of small firearms. This ban could affect all private gun owners and as we pointed out earlier in the years, right before talks were suspended, the proposed bill had language that would implement an international gun registry of all guns and ammo.

The new United Nations Arms Trade Treaty will be considered for finalization in March 2013, and just like we pointed out yesterday, more gun control measures are likely right around the corner. The timing of this announcement, a mere 12 hours after the results, should raise red flags for anyone who is concerned about gun rights over the next four years. In my opinion, this decision to re-engage with the United Nation leaves little doubt that gun rights will come under attack over the next four years.