In what could be one of the largest scandals, and breach of public trust to come out of the white house, information is coming today suggesting that our government is involved in one of the largest collections of private American public data in the history of our country.

The National Security Agency has long argued that their power allows them to spy on those outside the United States, while always maintaining that private American Communications were off-limits. But it looks like the latest Obama Administration scandal has The FBI, on the NSA’s behalf, forcing Verizon Communications to turn over data on millions of U.S. customers.

The order specifically targeted American Citizens, and explicitly excluded those outside of America.

The Obama administration, who had to respond to yet another scandal this morning, tried to defend the actions by claiming that the massive amount of telephone records were part of U.S. counterterrorism efforts that were critical to protecting Americans from attacks.

Do they really expect us to believe that millions of Americans are terrorists?

So based on the Obama administration’s admission, one would have to believe that millions of Americans are now in some way taking part in terrorist activity or plotting to attack America. Do they really think that people are going to buy this crap?

Obama Administration Apparently Declares everyone to be a Terrorist

Over the last couple of months, it seems the Obama administration has been very busy not only targeting their enemies through the IRS, but also spying on Americans and Journalists by claiming it’s all part of U.S. counterterrorism efforts. 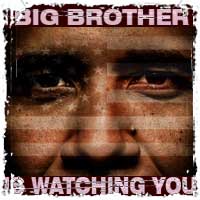 Although we have reported on this administration’s efforts to spy on American Citizens numerous times, it seems the Mainstream Media really didn’t care until it happened to them. The Mainstream Media’s ignorance all changed when the Department of Justice secretly obtained phone records for reporters and editors who work for the Associated Press news agency.

According to the AP, the Obama Administration secretly collected phone records on AP writers and editors from the beginning of April 2012 to the end of May 2012. The records listed outgoing calls for both the work and personal phone numbers of individual reporters, as well as lines from the AP bureaus in New York, Washington and Hartford, Conn., and even a main number used by AP reporters in the U.S. House of Representatives.

Soon after the AP story broke, The Justice Department had to admit to secretly obtaining a controversial search warrant to spy on a Fox News reporter’s private emails. The action was approved by people  “at the highest levels” of the Justice Department, including “discussions” with Attorney General  Eric Holder.

Millions of American being Spied on Through Verizon

Late last night, The Guardian, leaked documents that proved the U.S. Government was targeting American citizens, by forcing Verizon Wireless to turn over all their data on its users.

It seems The Obama administration is secretly carrying out a domestic surveillance program, how big that program is and why it’s being conducted are anyone’s guess. What is known, is through a provision in the Patriot Act, the Obama administration convinced a judge to issue a ruling that required Verizon Communications to turn over “on an ongoing daily basis” to the National Security Agency all call logs “between the United States and abroad” or “wholly within the United States, including local telephone calls.”

According to the New York Times, the order prohibits its recipient from discussing its existence, and representatives of both Verizon and AT&T declined to comment Wednesday evening. To me this suggests that even more cellphone carriers may have been forced to turn over data on its users.

Dept. of Homeland Security orders American Laptops, Phones Can Be Searched Based on Hunches

A 23-page DHS report, obtained by The Associated Press and the American Civil Liberties Union under the U.S. Freedom of Information Act, shows just how little the Obama Administration thinks of your privacy.

According to the Department of Homeland Security, when traveling, you basically have no right to privacy. The Report concluded that U.S. border agents should continue to be allowed to search a traveler’s laptop, cellphone or other electronic device and even keep copies of any data on them based on no more than a hunch.

This means the Obama Administration is now claiming to be able to read and copy the contents of computers carried by U.S. travelers without a warrant or even a good reason to suspect wrongdoing.

The Washington Post is reporting that a FBI panel is seeking to fine tech companies who won’t give them backdoor access to their software.

The government task force is preparing legislation that will force companies like Google and Facebook to allow law enforcement to spy on users and intercept online communications as they occur. The FBI is upset because in their words “there is currently no way to wiretap some of these communications methods easily.”

So rather having to go through the trouble of obtaining court orders, and then having to work with these companies, they are now seeking direct access to all internet communications through backdoors in computer software.

It’s pretty clear, this Administration & the rest of the Government think we have no rights!

From allowing the IRS to target patriotic Americans, to targeting reporters and spying on American Citizens, it seems our federal government has forgotten who gives them their power. In case you have missed some of the stories that we’ve reported on over the last couple of months, here is a very small example of how this government is shredding the Constitution and taking away your rights.

Maybe those so-called crazy patriots and preppers aren’t so crazy after all huh?