On October 1st the Obama administration will give away the United States’ control of the internet; something internet freedom experts say could further stifle free speech and kill open commerce, as dictatorial governments from around the world wrestle for control of the open net. 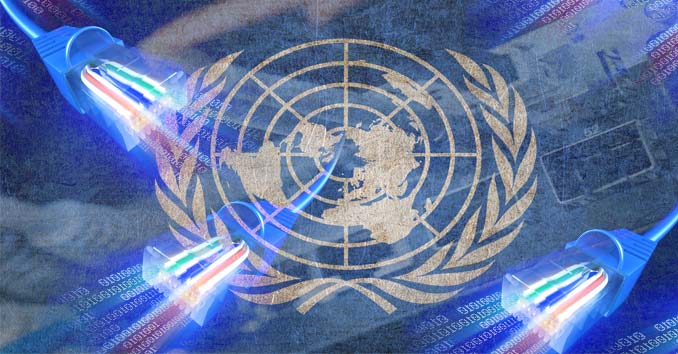 The Department of Commerce has confirmed that the Internet Assigned Numbers Authority, which is responsible for interpreting numerical addresses on the Web to a readable language – for example, the .com addresses that you see in your browser –  will no longer be controlled by the United States. Control will be given to the Internet Corporation for Assigned Names and Numbers (ICANN), a multinational company that includes stakeholders from countries such as China, Iran, and Russia.

Since 1998, the National Telecommunications Information Administration (NTIA), a body within the U.S. Commerce Department, has handled domain names through its contract with ICANN. U.S. control over domain names has helped guarantee a free and open internet and has stop countries like China, Russia, and Iran from suppressing Internet traffic and censoring content. Without U.S. control over how this process works, the freedom of the internet is at serious risk.

In June of 2016, a number of U.S. companies including Disney, 21st Century Fox and NBC Universal wrote congressional leaders warning that “significant questions remain regarding Icann’s current readiness” to operate without U.S. oversight. They cited examples of how ICANN was not ready to operate without U.S. oversight including how a top-level country domain from a “failed state” was “redelegated to an entity affiliated with a sophisticated piracy and counterfeit organization, a multinational criminal enterprise, or even a terrorist organization.” They said, U.S. oversight to prevent such an outcome “is to be replaced with—nothing.”

“Without robust safeguards, Internet governance could fall under the sway of governments hostile to the freedoms protected by the First Amendment,”… “Ominously, governments will gain a formal voting role in ICANN for the first time when the new bylaws are implemented.”

“ICANN has already morphed from the technical coordinating body set up in 1998 into something much more like a government: It has the de facto power to tax domain names,” the letter says. It adds, “There are good reasons to worry about what it may do with this power absent the incentive for self-restraint created by its contract with the U.S.”

The Takeover of the Internet

Even before the deal was made, countries like Iran were already threatening to move the physical regulatory facilities outside of the U.S., making it easier for totalitarian countries to crack down on internet speech.

According to a number of senators who tried to block the move, ICANN’s Beijing office is actually located in the same building as the Cyberspace Administration of China, which is the central agency within the Chinese government’s censorship regime. Just imagine what could happen to the internet should this facility take over.

Critics of the move, including Texas Republican Sen. Ted Cruz, claim ICANN could be used by totalitarian governments to shut down the Web around the globe, either in whole or in part.

“The proposal will significantly increase the power of foreign governments over the Internet, expand ICANN’s historical core mission by creating a gateway to content regulation, and embolden [its] leadership to act without any real accountability,” Cruz wrote in a letter sent to Commerce and signed by two fellow Republicans, Sen. James Lankford of Oklahoma and Sen. Mike Lee of Utah.