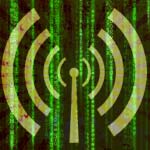 Another shadowy executive order was released last week from the White House — this one gives the President the power to effectively shut down or seize control of all private communications — and has many worried about its implications, especially with respect to the Internet.

Over the last week, the Internet has been buzzing with rumors of how these executive orders and military actions — like the administrations extension of the National Emergencies Act; the increasing number of large urban war drills in Chicago, Miami, Los Angeles , and Tampa; and the National Defense Resources Preparedness Order — are preparing the government for the possibility of a major civil uprising around election time. 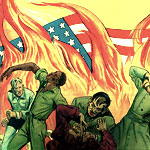 This newest executive order, “Assignment of National Security and Emergency Preparedness Communications Functions”, outlines communication protocols and takeover procedures that government agencies would put into place during a national crisis.  The order would allow the Department of Homeland Security to seize and take control of all domestic telecommunications in case of a declared national emergency. What exactly constitutes a “National Emergency” is not outlined in the executive order.

The White House insists that the order is meant to direct government agencies to develop communication plans for natural emergencies like a nuclear attack or terrorist strike. But some suggest that it may cover a lot more than national emergencies. In fact, section 5.2(e) of the order reads:

“The Secretary of Homeland Security shall … satisfy priority communications requirements through the use of commercial, Government, and privately owned communications resources, when appropriate.”

When appropriate? Seems like a pretty broad statement that could include just about any situation that they want to deem “appropriate”.

This is More Important than Political Affiliations.

Whether you agree with this administration’s policies or not, the groundwork that they’ve laid with these executive orders is pretty disturbing.