The Obama administration is doubling down on their promise to bring Syrian Refugees into this country, even after the large-scale terrorist attacks in Paris. 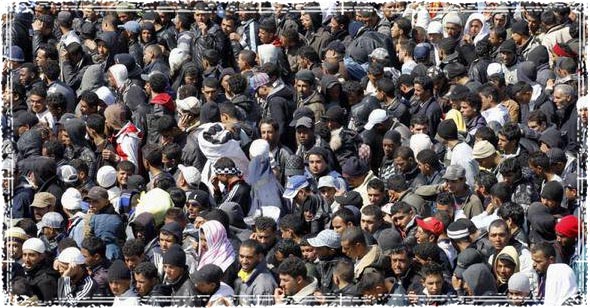 Earlier this year the President promised to bring in 10,000 Syrian refugees by 2016. Despite pleas from lawmakers to suspend the program after the Paris terror attacks, President Obama instead choose to speed up the process that will allow thousands of unvetted Syrian refugees into the United States.

This morning, Senior White House officials confirmed that President Obama is trying to significantly increase the number of refugees well beyond the 10,000 that he initially promised to let in. The U.S. State Department is planning to open a number of new refugee settlement processing centers, with one scheduled to be open in Erbil, Iraq, before the end of 2015. The new centers will double the number available to the so-called refugees in the Middle East.

Earlier this year, the Department of Homeland Security admitted they had no reliable way to check these individuals for terrorist ties. And just this week, a Syrian operative claimed more than 4,000 covert ISIS gunmen had already been smuggled into western nations – brought in via the “innocent refugees”.

This afternoon, Michigan Gov. Rick Snyder said he was suspending all efforts to bring Syrian Refugees into Michigan, an area in the U.S. that has become a hot bed for Islamic extremism.

“Given the terrible situation in Paris, I’ve directed that we put on hold our efforts to accept new refugees until the U.S. Department of Homeland Security completes a full review of security clearances and procedures,” Snyder said in a statement released by his office on Sunday.

“Michigan is a welcoming state and we are proud of our rich history of immigration,” the statement said. “But our first priority is protecting the safety of our residents.”

Louisiana Governor Bobby Jindal is Asking the White House to explain why Syrian Refugees are entering through New Orleans.

Louisiana Governor Bobby Jindal sent a letter to the White House demanding to know how the federal government was screening refugees that were slated to begin arriving in New Orleans. The letter read:

In the wake of another round of appalling terrorist attacks, I write to express great sadness at the events in Paris, as well as my grave concern about the unreported diffusion of Syrian refugees in the United States.

Last week, the city of New Orleans began receiving its first wave of Syrian refugees. As with former immigration crises and federal relocation policy, Louisiana has been kept in the dark about those seeking refuge in the state. It is irresponsible and severely disconcerting to place individuals, who may have ties to ISIS, in a state without the state’s knowledge or involvement.

As Governor of Louisiana, I demand information about the Syrian refugees being placed in Louisiana in hopes that the night of horror in Paris is not duplicated here. In the wake of these atrocities, I also ask for details on the below:

What level of background screening was conducted prior to entry in the United States?
In light of the fact that some of those responsible for last night’s attacks held Syrian passports, what additional protections and screenings will be put in place?

Will all Syrian refugees seeking relocation in the United States now be cleared by the Terrorist Screening Center?
What degree of monitoring will be sustained after initial placement in Louisiana?

As Americans, we embolden freedom and opportunity to the rest of the world, but by opening up our borders and refusing to collaborate or share information with states, you are threatening that reality.

Mr. President, in light of these attacks on Paris and reports that one of the attackers was a refugee from Syria, it would be prudent to pause the process of refugees coming to the United States. Authorities need to investigate what happened in Europe before this problem comes to the United States.

According to Catholic Charities, a volunteer organization that is helping refugees resettle in the New Orleans area, Syrian refugees have already begun arriving in the city.

We had served two families, we’re expecting one more soon, and we do not know how many more, but we expect more,” said Martin Gutierrez of Catholic Charities, which is part of the Archidiocese of New Orleans.

ISIS already operating in the U.S.

According to the FBI, thousands of ISIS sympathizers are already working inside the U.S.. In February 2015, FBI Director James Comey warned that ISIS had already radicalized young Muslim men in all 50 states. He said ‘thousands’ of Islamic Terrorists were already operating inside in United States.