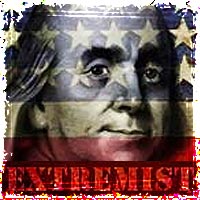 Judicial Watch, a government, legal, and judicial Watchdog Group, recently released a document they obtained from a Department of Defense training manual. The document, like so many other recent government documents we’ve reported on, sets out to inform members of the military that it’s their duty to combat extremism in the military.

While I would agree that combating extremism is a great idea, especially after the extremism that caused the Fort Hood Terrorist Attack, who the document considers extremists is a bit concerning.

Preppers You Are Included:

The Document asks, “What type of person belongs to an extremist group or follows an extremist ideology?” Well Preppers of course…

Extremists often predict dire or catastrophic consequences from a situation or from a failure to follow a specific course, and they tend to exhibit a kind of crisis-mindedness. It can be a Communist takeover, a Nazi revival, nuclear war, earthquakes, floods, or the wrath of God. Whatever it is, it is just around the corner unless we follow their program and listen to their special insight and wisdom, to which only the truly enlightened have access.

WOW! So according to the Department of Defense, anyone who’s crisis-mindedness and prepares for an earthquake is now an extremist who must be rooted out of the military.

But that’s not all folks, let’s not forget the patriots – I mean come on, we can’t have any of those in the military.

Even more disturbing is how the military seems to be trying to rid itself of patriotic Americans. The training manual’s most disturbing content comes when it defines our founders as extremists, who would not be welcome in today’s military.

When listing examples of extremists, the document says:

In U.S. history, there are many examples of extremist ideologies and movements. The colonists who sought to free themselves from British rule and the Confederate states who sought to secede from the Northern states are just two examples.

The document then goes on to warn military members that it’s their duty “to help combat extremism in the military. With that in mind, you really have to wonder what our government is trying to turn our military into.

A Pattern of Going after Patriots

This isn’t the first time the government has sighted the founders and patriotic Americans as extremists. In fact, in a report prepared for U.S. Attorney General Eric Holder and Homeland Security Secretary Janet Napolitano, the Southern Poverty Law Center asked the Federal Government to create a new inter-agency task force to track and take down conspiracy theorists, survivalists, “Patriot groups” and the “American radical right”.

Not surprisingly, the Southern Poverty Law Center – a group who promotes hatred and targets conservative Americans – helped prepare both reports.

Have A Patriotic Bumper Sticker? According to the Government you might be a Terrorist.

Late last year we reported on a set of leaked documents, which were funded by the Department of Justice (DOJ). The documents actually suggested that people who display patriotic bumper stickers might be guilty of terrorist activity that warrants further investigation.

It went on to suggest that people who reference the Bible, or talk about The Constitution of the United States, are possible extremists who need to be watched.

We have a government that is declaring war on the thoughts, opinions and principles that founded this country. After seeing what they’re trying to turn our military into, is it any wonder why so many patriotic Americans are fleeing from our military?