As Congress gets ready for yet another debt-ceiling fight, it seems our government may have already defaulted on its debts. For the last month, our debt has sat at $16,699,396,000,000; it hasn’t moved a single penny in either direction. Sadly, what’s most astonishing about the number isn’t the fact that we are over $16 trillion in debt; but instead, the fact that the number hasn’t moved in the last 30 days.

While most people would take this as a positive sign, the fact is, our debt has grown over $98 billion in the last 30 days – The Government just isn’t reporting it.

Why wouldn’t the government report $98 Billion dollars of debt, especially when they freely admit to the over 16.6 trillion? 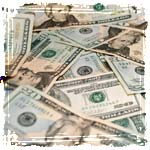 Well the answer to that is actually pretty simple. If they admitted to it, they would be admitting to the fact that the broke the law and allowed the country to basically default on its debt. If the Treasury Department admitted to borrowing the additional $98 billion to cover the $98 billion deficit they declared in their monthly statement for July, the Treasury would be admitting that they had already surpassed the legal limit on the debt.

So instead of admitting to breaking the law, they just readjusted the scam a bit, and the debt magically stayed $25 million below the legal limit for the last 30 days.

Our economy is a ticking time bomb…..

How much longer can they continue to pretend were not broke? Think about it; could you continue to buy food and pay your rent if your checking account was in the negative territory? Could you fix the problem by readjusting the numbers in your check ledger, and then continuing to write checks?

My bet is you would soon find yourself in a small cell. But not our government, they just continue to write checks with money they don’t have and the American public just keeps looking the other way.

Our economy is basically one big Ponzi scheme, one that would land any other American in Jail if they attempt to manage their finances in the way our federal government runs the country. I just don’t see how it lasts for much longer; if you’re not prepared, you better start preparing for the possibility of a collapse.