Millions of people across the mid-Atlantic region of the United States are without power as a swarm of violent storms took out power lines throughout the country. 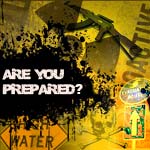 And yet again, most Americans have been caught completely off guard.

After what’s being called a “Historic Storm” made its way across parts of the east coast, a State of Emergency has been declared in Maryland, West Virginia, Ohio, the District of Columbia and Virginia.

The mid-Atlantic region of the United States is in the middle of one of the most deadly heat waves in recent history. With no power to run air conditioning units, millions have taken refuge in shopping malls, movie theaters, libraries, emergency cooling centers and anywhere that has emergency power. 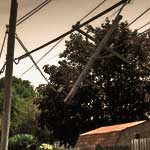 Thunderstorms and high winds knocked out power and caused catastrophic damage to power grids in states from Ohio to New Jersey. The power outages have left millions of people to deal with blistering hot homes as temperatures approached or exceeded 100 degrees.

Power in some areas could be out until next weekend.

Cell service and internet outages have only compounded the problem as millions of cell subscribers have either been without service or complain of spotty service. Verizon informed a number of 911 call centers that their customers were unable to make emergency calls.

In a number of cities emergency 911 call centers were not in service. From power outages effecting the emergency call centers to cell phone outage that made it impossible for people to reach emergency personnel, the emergency response system suffered a massive failure.

Parts of Northern Virginia went without 911 service for over 48 hours. This should serve as a major wake-up call to those that think emergency responders will be able to help you during an emergency.

Commuters are finding an absolute transportation nightmare in many areas of the country. In west Virginia, hundreds of Amtrak passengers were stranded for over 20 hours after debris blocked both sides of the train tracks. From mass transit delays and shutdowns to road closures and signal outages, commuters can expect to see transportation problems and longer than normal commutes for at least a week.

Boil water advisories, water restrictions and sewage backups are causing major problems for those who failed to prepare.  A large portion of the affected areas have been told to not drink the tap water without boiling it. A number of cities have also imposed water restrictions. 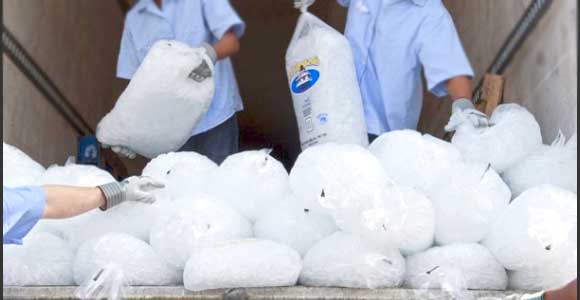 A number of stores throughout the region are reporting major shortages of water, food, and ice, as unprepared residents flock to local stores to stock up. Ice has become a major commodity as millions of people desperately try to save what little food they have.

It’s sad to say but most people probably won’t learn a damn thing from this disaster. I mean, how many years has the public been warned to prepare for natural disasters, only to be caught off guard time and time again?  This storm showcases how unprepared Americans really are to protect themselves from even the most basic disasters.

Is it really that difficult to understand that you need to have basic supplies in case something bad happens? How hard is it to stock up on some extra food and water?