If you live in any major Urban Area you need to be aware that radical activists are planning massive protests over the next couple of weeks in the lead up to both the Republican and Democrat National Convention. Radical groups like #blacklivematters are pushing their followers to riot and commit acts of violence in what they are saying is a justified reaction to two police-related shootings over the last week. 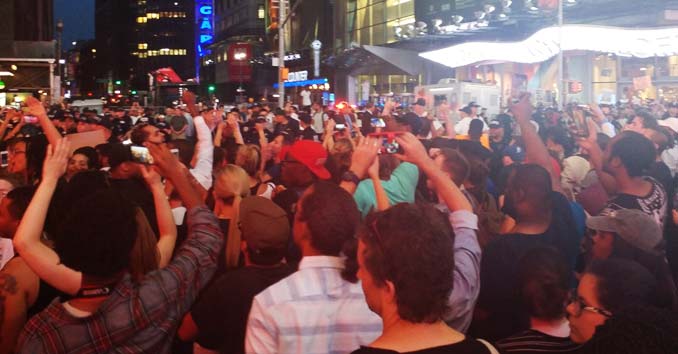 In New York, Chicago, Dallas and a number of other areas throughout the country, large numbers of so-called protesters are already blocking traffic and shutting down roads and highways. A number of people from the Radical Activist Group Black Lives Matter are calling for violence and making some pretty serious threats on Social Media. People need to be aware that this group has nothing to do with protecting anyone’s civil rights, they are a radical group of street agitators that are pushing for violence and chaos.

Please be aware of what is going on out there and if you live in an area where these so-called protests are happening you need to take steps to protect yourself.

Protestors: “no justice no peace” during #BlackLivesMatter march in Dallas. @dallasnews pic.twitter.com/mvbtVSreGG