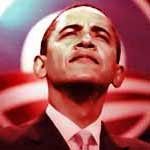 The National Defense Authorization Act, the bill that could have preppers in the cross hairs, has now passed the House of Representatives with the vote count coming in at, 283-136.

The last glimmer of hope also seems to have faded as The Obama administration announced today that the President will no longer veto the bill. The National Defense Authorization Act will give President Obama, and all future Presidents, the authority to hold U.S. Citizens who are suspected of terrorist activities, indefinitely without a trial.

White House Press Secretary Jay Carney told reporters that last minute changes to the act would “not challenge the president’s ability to collect intelligence, incapacitate dangerous terrorists and protect the American people,” and “the president’s senior advisers will not recommend a veto.”

Well that seems like a good explanation of why he withdrew his Veto threat right?


Wrong! The changes do nothing to protect American Citizens; instead, the changes do everything to ensure the President will now have supreme authority over who is detained.

Yes some of the original language has been modified, but if you dig deeper into the new language it seems the only thing that’s really changed is who has the ultimate power. The new language adds a waiver that will make it possible for President Obama and future presidents to detain, without due process, anyone who is considered a threat to National Security.

And as we pointed out in our first article on The National Defense Authorization Act, the government seems to have some very disturbing views on who they consider to be a possible threat. In the article, we posted a number of videos from prominent U.S. Senators who warned that the government considers preppers to be a potential terrorist threat.

When you consider who they view as being a possible enemy, this bills passage is very troubling and should be a huge cause for concern.

Here is one of the videos from the original article: