The war on cash is heating up as J.P. Morgan Chase, the largest U.S. bank, recently introduced policies to restrict cash in certain markets. These policies include banning cash as an acceptable payment for credit cards, mortgages and auto loans. They also recently started banning the storage of cash or coins in its safe-deposit boxes. 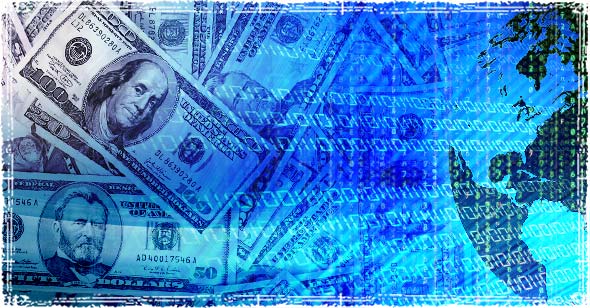 Last month, Citigroup’s chief economist Willem Buiter called for cash to be abolished, and stated that nothing larger than a $5 should be in circulation as we move towards a cashless society.

Government’s around the world banning Cash

Earlier this year, France used the Terror attacks in Paris as an excuse to push the cashless society agenda. In what they say is an attempt to fight “low-cost terrorism” – whatever the hell that means – come this September, France will begin closely monitoring its citizens’ transactions and withdrawals of money.

We’ve covered numerous stories in the past; from the FBI circulating memos warning business owners to be on the lookout for people paying with cash, to the Feds illegally seizing farmers bank accounts, we’ve highlighted a number of examples of how the government is trying to demonize the use of paper money.

In fact, in many areas of the country it is actually illegal to carry large amounts of money.

Incredible as it sounds, you don’t have to be found guilty of a crime to have your assets seized by the government. Through a process called civil forfeiture, the IRS and other government agencies have been seizing law abiding citizen’s bank accounts and cash, simply because they don’t like what you’re doing with your money.

Because it’s all about control; Ban the use of paper currency and you control exactly how and when people do everything.

The push to ban currency means:

Banning paper currency also allows the government to track and control everything you do. With one click they can instantly shutdown political dissidents access to funds, by either by freezing or seizing their accounts. Without the ability to use paper currency, everyone’s freedom is at risk.

Think it can’t happen? It already is!

For years now the federal government has been using laws like the Bank Secrecy Act to go after businesses and people who don’t toe the party line.

Earlier this year, we covered the story of Andrew Clyde, a Navy veteran whose gun shop was targeted by the federal government as part of Operation Chokepoint. Clyde, as well as a number of other firearms companies, had his assets seized because the government claimed he structured his deposits in a way that they didn’t like.

But his story isn’t unique. Gun shops around the country have faced similar actions, after the FDIC labeled gun retailers as “High Risk”, putting them in the same category as businesses who sell drug paraphernalia. At the same time, the Obama administration ordered the Justice Department to launch “Operation Chokepoint,” in which Eric Holder and the DOJ attempted to force banks into cutting ties with gun dealers – even though these dealers had excellent credit and valid firearm licenses.

Why Banning Cash is so Dangerous…

Although it will be sold to the public as a way to protect the economy, and end things like bank runs and bank failures, the truth is it will only exacerbate the problem. While the banks may be protected, you will not be.

The moment a crisis hits, it will become impossible for you to access your funds. If cash is banned, and everything becomes digitized, what’s to stop a government from telling you when and how much money you can spend?

Right now in Greece, the government is attempting to tax its citizens every time they take money out of the ATM. Greece has revealed they will introduce a surcharge for all cashpoint withdrawals and financial transactions in a desperate attempt to prevent citizens from withdrawing money from the country’s troubled banks. As the Greek economy teeters on the verge of bankruptcy, the government is more concerned with taking its citizen’s money than helping them survive.

Even if we put these arguments on the back burner for a moment, and pretend that no government would ever do anything wrong towards its people, what happens during a natural disaster where the power grid goes down? How will you pay for goods and services if everything is run through electronic transactions?