This week the CEO of Gallup made headlines when he called the White House Unemployment numbers a “big lie.” What CEO Jim Clifton wrote in his Blog earlier this week shouldn’t come as a huge surprise, especially to readers of this site, but it is one more voice raising concerns over where this economy is heading.

Clifton writes on his blog:

Here’s something that many Americans — including some of the smartest and most educated among us — don’t know: The official unemployment rate, as reported by the U.S. Department of Labor, is extremely misleading.

None of them will tell you this: If you, a family member or anyone is unemployed and has subsequently given up on finding a job — if you are so hopelessly out of work that you’ve stopped looking over the past four weeks — the Department of Labor doesn’t count you as unemployed. That’s right. While you are as unemployed as one can possibly be, and tragically may never find work again, you are not counted in the figure we see relentlessly in the news — currently 5.6%. Right now, as many as 30 million Americans are either out of work or severely underemployed. Trust me; the vast majority of them aren’t throwing parties to toast “falling” unemployment.

That’s right folks; according to Gallup almost 30 million Americans are actually unemployed, a number that you rarely hear about on your evening news.

Even more troubling is according to Jim Williams, an Economist who exposes and analyzes flaws in current U.S. government economic data and reporting, says the actual unemployment number is 23%, a number that takes into account long-term discouraged workers, who were defined out of official existence in 1994.

So how does the government come up with the 5.6% Unemployment Rate number? 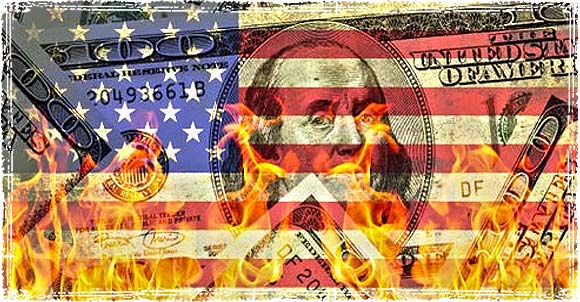 This number comes from something called the U-3 Unemployment Rate, a number that excludes people who are long-term unemployed, those who have stopped looking because they can’t find a job, marginally-attached workers, and those forced to work part-time because they cannot find full-time employment.

The Bureau of Labor Statistics monthly Unemployment Rate is, as the CEO from Gallup suggests, nothing more than a “Big Lie”.

But what about President Obama’s 4.5 Million New Jobs?

Well if you believe the White House, and the government/media propagandists, President Obama has added some 4.5 million new jobs to the economy since he took office. What they don’t tell you is that almost every one of those so-called new jobs has gone to immigrants, not native-born Americans.

According to a recent study by the Center for Immigration Studies, since President Obama took office, 67 percent of employment growth has gone to immigrants (both legal and illegal). When you throw in the Bush years, virtually all of the net gain in the number of working-age people since 2000 has gone to immigrants. Both sides have screwed the American public.

And for those who have found employment:

We are in for some real tough time…

If you haven’t started taking steps to prepare yourself for coming economic problems, you really need to take a hard look at what’s going on in this country, and then figure out if you’re prepared to face the coming chaos. I devoted an entire section to financial preparedness and the collapse in my book, The Ultimate Situational Survival Guide, because I believe it’s one of the most pressing issues we face as a country.