The continuing collapse of our economy took another hit this month with a record 92 million Americans now completely out of work.

While the government is still claiming a 6% unemployment rate, the actual unemployment number is almost 29%, with the number of those who are “underemployed” hovering around 16%. But if you looked at only the mainstream media reports about the economy, you might believe things are getting better. In fact, despite numbers that show the exact opposite, a number of mainstream media news outlets ran the headline this morning, “Has the Labor Force Finally Stopped Shrinking?, “Economy on the Rebound.”, and even “President Obama, has fully pulled the country out of the despair of the Great Recession.”

The June Jobs report numbers are an absolute joke.

In June, the economy lost 523,000 full-time jobs. The number was offset by a massive surge of 799,000 low-wage part-time jobs. Instead of reporting the truth, the media instead decided to report that “300,000 jobs were created.”

Adding part-time and/or temporary workers to the economy does nothing to fix the mess our country is in, especially when you lose over 500,000 full-time employees in one month. The fact is, hundreds of thousands of people who needed full-time jobs had to settle for low-paying part-time jobs because the economy is anything but “in recovery mode.”

Are we at the Edge of the Cliff?

Unfortunately most of the country seems to have forgotten how close this country came to a collapse back in 2008.

The U.S. stock market continues to climb to new highs, with the Dow topping 17,000 for the first time today. Just like in the months preceding the 2008 collapse, Wall Street traders are pushing the market into ridiculous territory, causing many gullible Americans to yet again plunge their hard-earned money into a market that looks like it’s heading towards another collapse.

The latest surge in the U.S. stock market is being driven by record low interest rates that will eventually lead to the bubble popping. 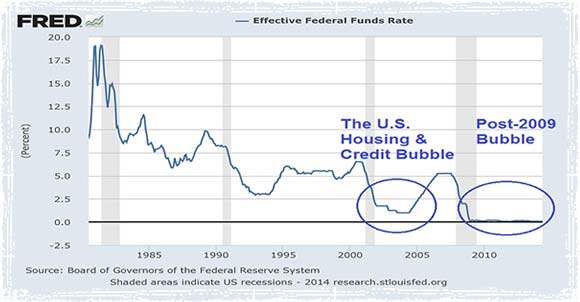 Just like the two most recent bubbles, record low borrowing costs and a stock market that’s being artificially inflated is causing many traders to use margin to finance their stock purchases.

Buying stocks on margin means that the buyer puts down a small portion of his own money, while borrowing the rest from a broker. This is exactly what occurred during the Dot-com Bubble, the U.S. housing and credit bubble, and the Great Depression. 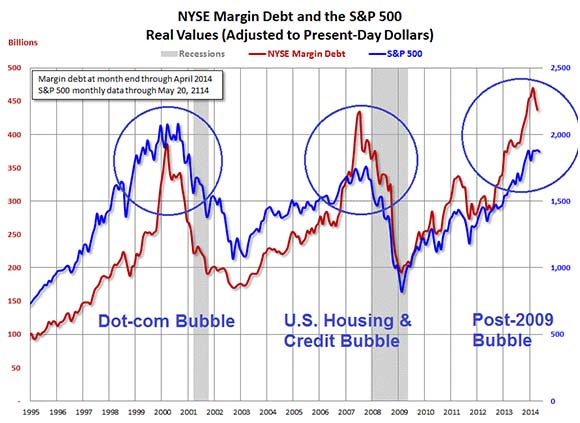 Prepare for another Crash!

In my opinion, the writing’s on the wall; there’s no way this doesn’t end badly. You can choose to believe the media pundits who have a vested interest in artificially driving the stock market into uncharted territory, or you can learn from the lessons of the past and prepare for what’s coming.

There’s no question we are in another bubble. The only questions that really matters at this point are did you learn from the past, and what are you going to do to protect yourself this time?