As the country slips deeper into debt, Treasury Secretary Jack Lew is warning congress that the U.S. debt limit will be exhausted Nov. 3rd. Lew warned that if congress fails to pass a new budget, the U.S. government will not be able to pay its bills after November 3rd.

In a letter to Congress Lew wrote:

“At that point, we expect Treasury would be left with less than $30 billion to meet all of the nation’s commitments — an amount far short of net expenditures on certain days, which can be as high as $60 billion,” Lew said in a letter.

“Operating the United States government with no borrowing authority, and with only the cash on hand on a given day, would be profoundly irresponsible. As I wrote previously, we anticipate that a remaining cash balance of less than $30 billion would be depleted quickly.”

Profoundly irresponsible? Are these people insane? What’s profoundly irresponsible is continuing to rack up record levels of debt and then crying about how you need even more money to pay for things that you can’t afford. If most families ran their households the way this government does, they would find themselves out on the streets.

According to the federal government’s Monthly Treasury Statement, the Obama administration took in a record $3,248,723,000,000 in taxes in fiscal year 2015. Despite taking in an amount of money that is equal to approximately $21,833 for every person in the country that has a job, this administration still ran a $438.9 billion deficit for the year. 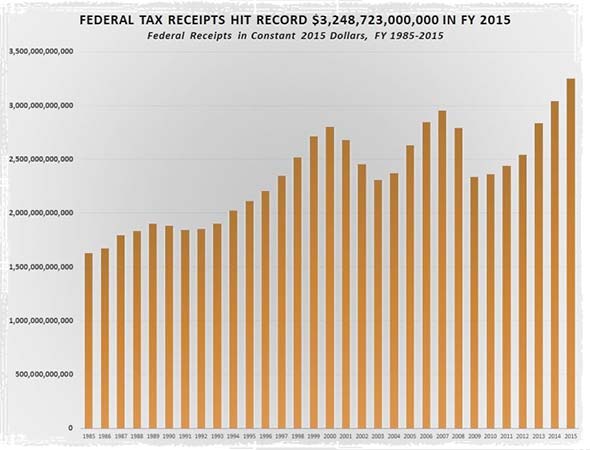 What’s most shocking here is not the fact that this government continues to push this country off the economic cliff, but how this government can even take in that many tax dollars to begin with. According to data released by the Bureau of Labor Statistics (BLS), over 94 million Americans ages 16 or older are no longer part of the nation’s labor force.

There have never been more people out of work, yet the government just took in more taxes than any other time in history. See a problem?

Federal Debt Held by Public Has More Than Doubled Under Obama 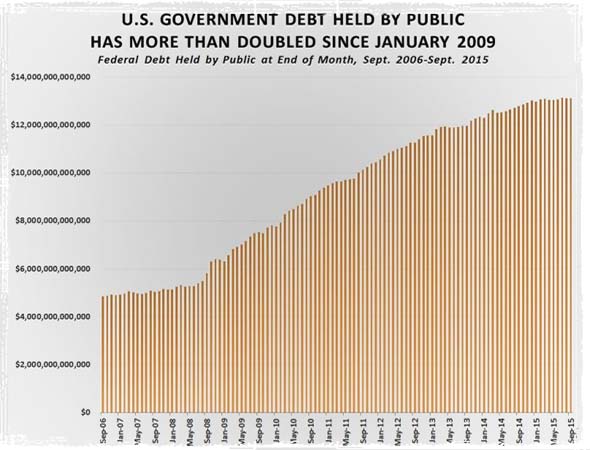 The Crisis is Much Worse than we are being told

While the American media continues to push the federal government’s propaganda, scrambling to figure out ways to assure the public we have come out of the last economic crisis, the numbers show that we are actually in far worse shape than we were in 2008.

According to HSBC, one of the largest banks in the world, we have already entered a major global recession. Global trade is down 8.4 percent this year, and global GDP expressed in U.S. dollars is down 3.4 percent. Earlier this year, HSBC chief economist Stephen King warned his clients that the world economy was like the Titanic, and that there were not enough lifeboats to save them.

He warned “’Stock up on canned goods and bottled water” and have “a rally point with your loved ones in case transport and communication gets cut off; somewhere you can all head to.”

When it comes to economic preparedness, one of the most important things you can do is have a plan of action. Check out my article on how to prepare for the coming chaos.