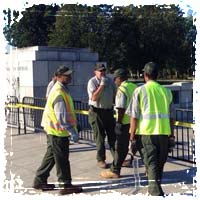 After allowing every National Park and Wildlife Refuge in the country to shut down yesterday, Congress tried to pass a temporary bill that would fund and reopen the country’s National Parks.

Unfortunately, The Obama administration immediately issued a statement saying “if these bills were to come to the President’s desk, he would veto them.” They then went a step farther and ordered the immediate closure of the WWII memorial after vets knocked down barricades at the memorial yesterday.

The Daily Caller is reporting that Rep. Steven Palazzo’s office sent a request to the Whitehouse asking them to allow the World War II Veterans, who are in town for one of the last gatherings of WWII Vets at the wall, access to the memorial. The request was rejected, and the Veterans are being threatened with immediate arrest if they enter into the parks.

One of the WWII Veterans called the parks service to ask if they would be allowed to enter the Memorial, he was told they would face arrest. “I said, are you kidding me? You’re going to arrest a 90/91-year-old veteran from seeing his memorial? If it wasn’t for them it wouldn’t be there. She said, ‘That’s correct sir.'”

Spokesman for @nps says they were told to barricade the #WWIIMemorial by the White House OMB. #LetTheVetsIn pic.twitter.com/p7S3iYXg4o

It’s really a shame that our political leaders can’t even agree on reopening our National Parks; it’s an outrage that they’re threatening the people who lost so much fighting for this country.

Because of these political games, not only are the American people restricted from enjoying these natural resources, but now billions of dollars in tourism money will be lost as people from around the world have to cancel their trips. 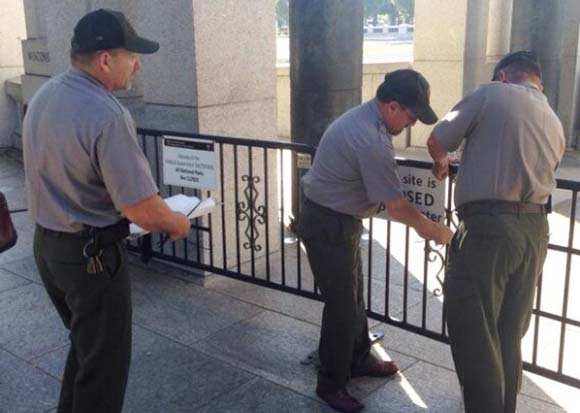 In my opinion, the closure of the National Parks is being allowed so the American People feel the pain. It’s one of the most visible effects of the partial government shutdown, and is something that’s being used to justify the need for our entire federal government. 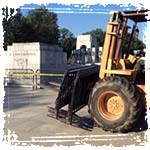 By allowing the parks to reopen, the effects of the government shutdown wouldn’t be nearly as noticeable, and the American people might actually wake up and realize that trillions of our tax dollars are being wastefully spent on useless government bureaucracies. It’s a shame that more Americans can’t see what’s going on here. We are being punished into submission.

This has nothing to do with Obamacare, or any of the other garbage the media wants to feed you. This is plain and simple control. The White House had an opportunity today to accept a bill for veterans and national parks that was completely unconnected to the Obamacare debate, instead they choose to spend more time and money placing barricades around our parks and monuments.

If the government really cared about the American People and our economy, do you really think they would allow this country’s most popular tourist destinations to be closed to the public? How many people and businesses that rely on these attractions will be hurt as a result of the shutdowns?