In the wake of last week’s shootings, the gun industry seems to be in turmoil. Although sales are skyrocketing, a number of large retailers have stopped selling firearms. So far Walmart, Dicks Sporting Goods, and even online retailer Cheaper than Dirt have all announced that they will no longer be selling a number of their most popular firearms.

In a statement on the Dicks Sporting Goods website, the company said they will be suspending the sales of modern sporting rifles during “this time of national mourning.”

“Out of respect for the victims and their families during this time of national mourning, we have removed all guns from sale and from display in our store nearest to Newtown and suspended the sale of modern sporting rifles in all of our stores chainwide.”

Walmart, who had recently expanded gun sales into 1700 of their retail stores, pulled the popular Bushmaster Patrolman’s Carbine M4A3 Rifle from its web store.

Cheaper than Dirt Stops Sale of All Firearms:

Cheaper than Dirt, one of the most popular online retailer of guns and ammunition, announced the immediate suspension of firearm sales on Their Facebook page:

“Cheaper Than Dirt is suspending online sales of firearms effective immediately. We are reviewing our policy internally, and will continue to be the leader in the outdoor industry with our full line of gear and accessories.”

After getting over 13,000 angry comments on their Facebook page, the company added the words temporarily suspended to their website.

Three Popular gun shows have been dropped from the Discovery Channel Lineup. 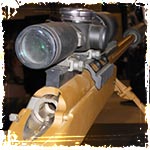 Freedom Group, who has been mired in controversy after internet rumors tied them to George Soros, owns some of the world’s most popular gun brands including Remington, Bushmaster, DPMS/Panther Arms, Marlin, H&R, NEF, LC Smith, Parker, EOTAC, AAC, Dakota and INTC.

Over the last couple of years, Cerberus Capital Management began to quietly buy up a majority of the major gun manufactures. The Private Equity Firm then started to consolidate them into a holding company called The Freedom Group. Rumors swirled around the internet that the company was actually trying to take down the gun manufacturing industry by buying up most of the firearms companies in the United States. What will happen now is anyone’s guess.

“It is apparent that the Sandy Hook tragedy was a watershed event that has raised the national debate on gun control to an unprecedented level …We believe that this decision allows us to meet our obligations to the investors whose interests we are entrusted to protect without being drawn into the national debate that is more properly pursued by those with the formal charter and public responsibility to do so.”