When the 8th largest economy in the world is on the brink of collapsing, it’s bound to have a ripple effect throughout the rest of the world.

In less than six months, Russians have lost half their wealth as the result of a fast moving collapse of their economy. So far this year, the Russian ruble has dropped nearly 50 percent against the U.S. dollar.

In recent days that collapse has accelerated at rate that has caused many to pull their money out of Russian banks, signaling a possible run on the banks. The trouble is only being exacerbated by a global drop in oil prices, which is hitting Russia especially hard because as much as half of the governments revenue comes from oil and gas exports.

Could this Chaos Signal the beginning of a Global Meltdown

It’s no secret that our interconnected world has linked all of our economies together. When the 8th largest economy in the world is on the brink of collapsing, it’s bound to have a ripple effect throughout the rest of the world. Add in the fact that the U.S. economy is probably in even worse shape than Russia, we’re just a little better at keeping our Ponzi scheme running, and we have the perfect recipe for disaster.

Yesterday we highlighted some of this country’s most recent economic numbers, as reported by the Census Bureau. What we found was more than a little bit troubling. 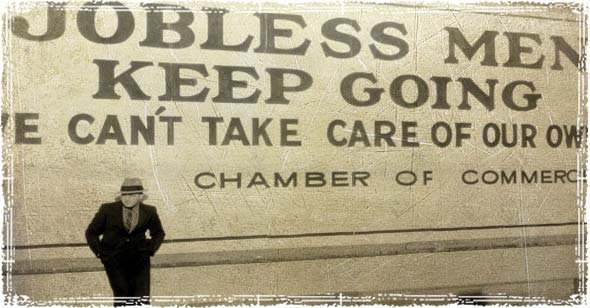 In 2013, the latest numbers that have been released by the government, 20 percent of U.S. families lived in a household where not a single person had a job. If that’s what our federal government considers a robust recovering economy, then Houston, we have problem.

Since President Obama took office in January of 2009, the supposed beginning of his robust economic recovery, over 12 million people have stopped looking for works and joined the ranks of the long-term unemployed ­– a number that the government conveniently leaves out of the official unemployment numbers. 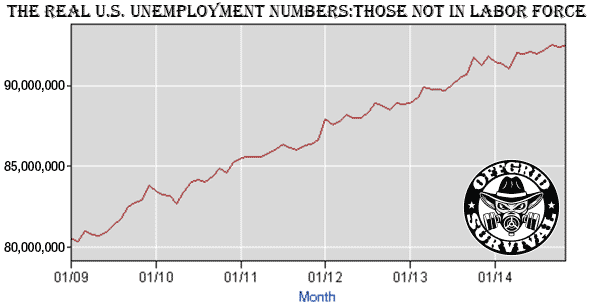 What can you do to prepare for the coming trouble? 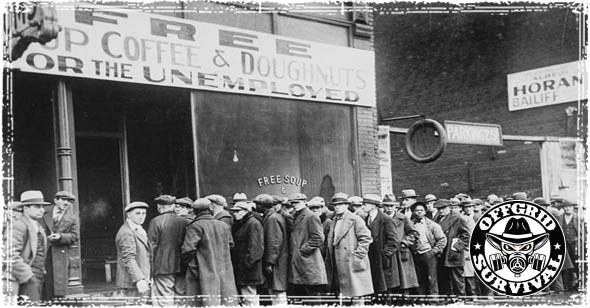 Start an Emergency Fund & Get out of Debt : Starting an emergency fund is one of the best things you can do to protect yourself and your family from not only large-scale disasters, but those events in life that can feel like the end of the world when you’re in the middle of the situation. During any type of economic collapse, those in debt, and those without savings are going to immediately feel the pain.

While I often here the argument that debt won’t matter once the economy collapses, let me remind you that during the 2008 economic meltdown, millions of people lost their homes, lost their jobs, and were unable to pay for even basic necessities because they lacked adequate savings to see them through the disaster. Do you really want to lose your home to debt collectors before the collapse even happens?

Invest in Long-term Consumables: Start stocking up on things that you know you’ll need and use in the future. Emergency supplies, firearms and ammo, long-term food storage, and everyday household goods are all things that you’ll need, and will continue to hold their value after the collapse.

Take a serious look at your Defense: If the collapse happens, one of the biggest threats you’re going to face is from people looking to take advantage of the situation. The chaos we’ve witnessed over the last couple of months will pale in comparison to what we’ll see during a full-scale economic collapse.

Invest in a Bugout Bag, and have an evacuation plan: Having an emergency evacuation plan is an important part of being prepared for any type of disaster. If things start going really bad, there may be a need to temporarily evacuate your immediate area. In cases where evacuation becomes necessary, you need to have a bag full of emergency supplies that are ready to go at a moment’s notice.