Remember the good old days when you were innocent until proven guilty? Well in Houston Texas, those days are long gone if you sell gold or silver.

Earlier this month, the Houston City Council approved a city ordinance requiring anyone who sells precious metals to consent to being fingerprinted and photographed. The new law is said to help combat high-end jewelry thefts, but for those who have never committed a crime, it’s just another in a long string of attacks on our liberty.

“It’s going to allow us the tools necessary to combat a lot of the high-end jewelry thefts that’s going on in the city.” 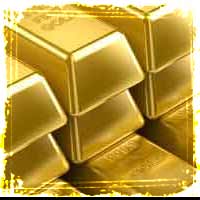 Gold-buying businesses throughout Houston will now be forced to photograph and fingerprint anyone who attempts to sell their gold, silver or any other precious metals. But just like the idiocy that’s displayed by those who promote gun control laws, I fail understand why Houston thinks a criminal would consent to being fingerprinted if they’re selling stolen merchandise.

In my opinion, this does nothing but intimidate law-abiding citizens into giving up yet another one of our rights. In a way, it reminds me of the story we reported on last year, where a Tennessee man had $22,000 confiscated after an officer determined it was too much cash to be carrying in public. Although the man had committed no crime, the law in Tennessee makes carrying a large amount of cash illegal, and subject to confiscation.

Just like the unconstitutional law in Tennessee, I suspect this law has nothing to do with stopping thieves. Instead of stopping thefts, this law will probably make many people think twice about investing and selling precious metals. It seems to me that this is just one more attempt to limit and control our freedoms.