The Pentagon Prepares for the Future of Urban Warfare, as entrenched government bureaucrats attempt to create a shadow government.

According to a shocking five-minute video, obtained by The Intercept through a Freedom if Information request, the Pentagon is quietly planning for a new kind of war, on a battlefield that resembles something straight out of an Urban Dystopian nightmare.

In the not so distant future, the Pentagon believes the face of war will completely change; where the enemy doesn’t wear uniforms, and the battlefield doesn’t resemble anything close to what our military is trained to deal with.

“We are facing environments that the masters of war never saw.” -“Megacities: Urban Future, the Emerging Complexity,” a Pentagon training video created by the Army for U.S. Special Operations Command 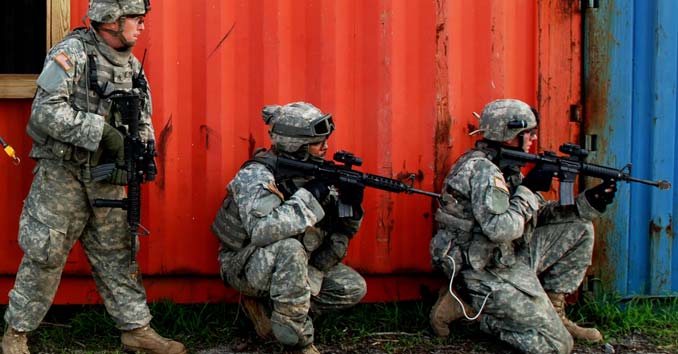 According to “Megacities: Urban Future, the Emerging Complexity,” a Pentagon training video created by the Army for U.S. Special Operations Command, future wars will be fought inside a complex system of global cities. The enemy will not be wearing uniforms; instead, the military will face off in cities filled with criminal gang networks and criminal syndicates, political malcontents, a restive underclass, bands of malicious hackers, and other terrorist networks.

“Megacities are complex systems where people and structures are compressed together in ways that defy both our understanding of city planning and military doctrine,” says a disembodied voice. “These are the future breeding grounds, incubators, and launching pads for adversaries and hybrid threats.”

According to the video, which was used as part of an “Advanced Special Operations Combating Terrorism” course offered at JSOU earlier this year, tomorrow’s vast urban mega-cities will be replete with “subterranean labyrinths” governed by their “own social code and rule of law.”

Could these tactics be used inside the U.S.?

Now I’m not one of these Anti-military liberals who believes that these videos were produced as some grand conspiracy so the military could go to war with its own people. The reality of the world we live in is urban populations centers are exploding throughout the world and our military needs to be prepared for the future of warfare inside these environments.

That being said, we know the Obama administration was very interested in using these types of tactics within the United States. We also know there is a type of shadow government who runs many of these government bureaucracies — including the State Department and sections of the Pentagon.

Back in 2012, a number of similar reports and scenarios were put together by Obama administration insiders at the Pentagon, many of whom are still deep inside the government. The reports went over these very same ideas — only instead of dealing with urban warfare in cities overseas; they looked at confronting American Citizens right here on U.S. soil.

Does President Trump have a Shadow Government Problem? 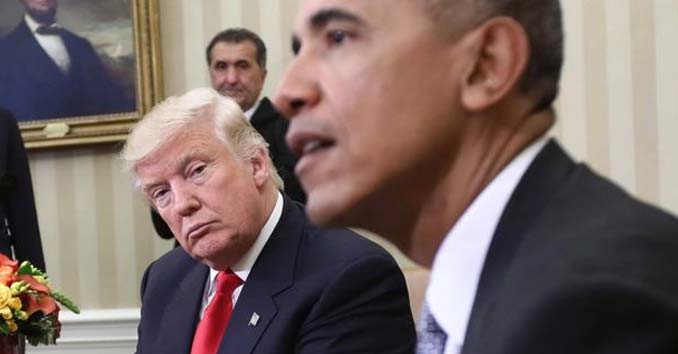 The report details how since leaving office the President has put together an “army of agitators — numbering more than 30,000 — who will fight his Republican successor at every turn of his historic presidency.”

Through a network of radical left-wing groups, led By Obama’s Organizing for Action, he’s working behind the scenes to set up what will effectively be a shadow government.

OFA, in IRS filings, says it trains young activists to develop “organizing skills.” Armed with Obama’s 2012 campaign database, OFA plans to get out the vote for Democratic candidates it’s grooming to win back Congress and erect a wall of resistance to Trump at the other end of Pennsylvania Avenue.

It will be aided in that effort by the Obama Foundation, run by Obama’s former political director, and the National Democratic Redistricting Committee, launched last month by Obama pal Eric Holder to end what he and Obama call GOP “gerrymandering” of congressional districts. Obama will be overseeing it all from a shadow White House located within two miles of Trump.

Not to be outdone in the treason department, some of the so-called republicans who founded the “Never Trump” movement, during the election, have started openly calling for the “Shadow Government” or “Deep State” to take down the Trump administration.

Neoconservative Bill Kristol Tweeted out his preference for a political Coup d’état by “the deep state.”

Obviously strongly prefer normal democratic and constitutional politics. But if it comes to it, prefer the deep state to the Trump state.

The “deep state” is Washington insider lingo for the Shadow Government. The deep state in D.C. is made up of unelected bureaucrats, intelligence officials, legislators, contractors and fake media people who support big government policies over public concerns and the constitution.

The not so Silent Ex-President: Obama Urges Community Organizers to Take on Donald Trump 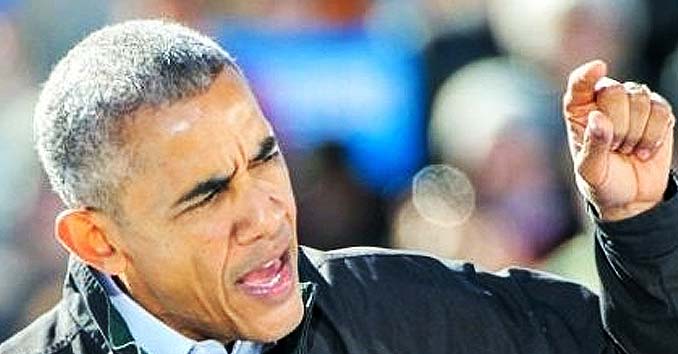 Think this is all some big conspiracy theory, well consider the unprecedented amount of leaks coming out of Washington D.C., and how dozens of Obama insiders are still entrenched inside of key positions throughout the executive branch. Never before have so may top secret reports been leaked to the media, who I believe are in league with these same groups and government insiders — anyone remember the Wikileaks emails which exposed their collusion?

Wednesday afternoon Breitbart released a report in which a William Binney, a former NSA official turned whistleblower, confirmed that the NSA is spying of President Trump.

Asked whether he believes the NSA is tapping Trump, Binney replied: “Absolutely. How did they get the phone call between the president and the president of Australia? Or the one that he made with Mexico? Those are not targeted foreigners.”

Binney further contended the NSA may have been behind a data leak that might have revealed that Michael Flynn, Trump’s national security adviser, allegedly misled Vice President Mike Pence and other Trump administration officials about the contents of his phone calls with Russia’s ambassador to Washington.

President Obama and his Citizen Army — Organizing for Action (OFA)

If you’re still skeptical, just take a look at Obama’s new website for OFA and his newly created Obama Foundation. Does this sound like a guy who is just going to stand idly by and watch his policies be overturned?

The Organizing for Action (OFA) site encourages a new breed of street activists to “Join this fight.” saying, “This movement needs you now more than ever. Join a long line of progressive organizers in the fight for a better future.”

Keep in mind, these are the same so-called activists that rioted at Berkley, turned D.C. into a battleground during the Inauguration, and caused chaos at airports throughout the country last month. It seems the post-Obama presidency is going to be even more turbulent and filled with chaos than the eight years he was in office.

Also, Obama has made no secret about his desire to form a “Citizen Army” that is just as strong as the nation’s actual military. It’s exactly what he promised during his 2008 bid to become president.