A number of Sheriffs from around the U.S. are warning the residents they serve that they need to arm themselves because law enforcement agencies cannot protect them from the threats they face. 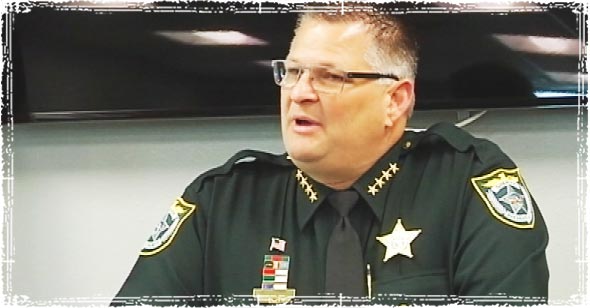 Sheriff Wayne Ivey of Brevard County, Florida told residents this week that they need to “be fully prepared for an attack or an active shooter scenario with the right tools to eliminate or disrupt the attack.”

In a video released on the Sheriff Department’s Facebook page, Sheriff Ivey said, “The only thing that stops a bad guy with a gun is a good guy with a gun. If you are a person that is legally licensed to carry a firearm, now is the time–more than ever–that you may be the first line of defense for you and others around you in an active shooter based scenario.”

ENOUGH IS ENOUGH!! IT’S TIME TO SAY WHAT NEEDS TO BE SAID TO PROTECT OUR CITIZENS!!

You need to be able to protect yourself!

A number of other sheriffs from around the country are telling U.S. citizens the same thing. Sheriff William D. Snyder of Martin County, Florida says he agrees with Ivey. “If a person legally can carry a firearm and carry it concealed and be out in public, I would say they would be in a lot safer position if there was a terrorist attack,” Snyder told WPTV.

After last week’s terror attack in San Bernardino, the Sheriff of Ulster County, New York asked that all residents who could legally carry a firearm start to do so.

“In light of recent events that have occurred in the United States and around the world I want to encourage citizens of Ulster County who are licensed to carry a firearm to please do so,” wrote Sheriff Paul J. Van Blarcum in a Facebook post. “I urge you to responsibly take advantage of your legal right to carry a firearm. To ensure the safety of yourself and others, make sure you are comfortable and proficient with your weapon, and knowledgeable of the laws in New York State with regards to carrying a weapon and when it is legal to use it.”

December 3, 2015ATTENTION LICENSED HANDGUN OWNERSIn light of recent events that have occurred in the United States…

Defending yourself against violent attacks…

The truth is, despite what our federal government officials would like you to believe, guns in the hands of law abiding citizens save lives. In fact, it’s estimated that law-abiding citizens draw their firearms over 2.5 million times a year in personal defense, saving a countless number of innocent lives and serving as a serious threat to the criminals who wish to do us harm.

What these Sheriffs are saying echoes a lot of what I’ve been saying for years. The only way to truly protect yourself and those you love is to start taking matters into your own hands.