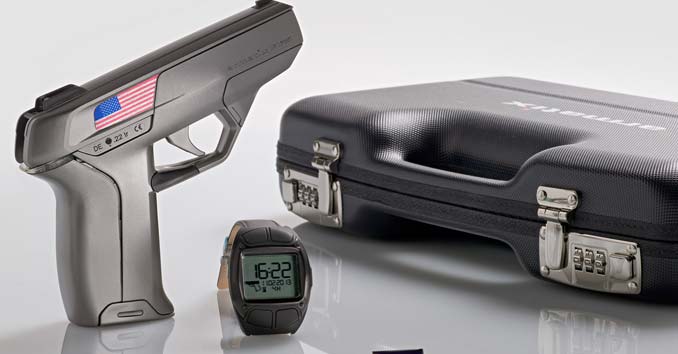 For years, gun control advocates have been pushing the idea of so-called smart guns, reasoning that if they can’t ban guns, they should at least be able to require people to use smart gun technology so only the registered owner can fire the weapon. While many say this “common sense” gun control method would cut down on crime, gun groups have warned that this technology is a disaster waiting to happen.

This month, for the first time someone set out to prove how dangerous this technology really is. At the Defcon hacker conference later this week, a hacker who goes by the pseudonym Plore plans to present his findings.

According to Plore, who can be seen in the video below, he was able to exploit a series of critical security vulnerabilities in one of the most popular smart guns, the Armatix IP1, a gun whose manufacturer claims will “usher in a new era of gun safety.”

Plore discovered, and demonstrated to WIRED at a Colorado firing range, that he could hack the gun with a disturbing variety of techniques, all captured in the video below.