We are living in a time of unprecedented social unrest and chaos. Since President Obama took office, we’ve seen a massive increase in crime, violence, and social unrest throughout the country. From a constant stream of terrorist attacks that have been completely ignored by the government propagandists in the media to a never-ending barrage of summertime riots and nonstop protests that have plunged this country into a state of constant tension, I fear that we have only witnessed the tip of the Iceberg.

Over the last year, the presidential election cycle has raised tensions even more. The chaos has moved beyond people just voicing their political opposition and has moved far into the danger zone, with many people taking things far beyond anything we’ve seen in quite some time.  You really need to start thinking about where we are heading, and how bad things could get.

When people start rioting and committing acts of violence at political rallies, attacking and firebombing Republican campaign centers, and actually trying to physically attack or assassinate the Republican Presidential candidate like we saw earlier in the year in Las Vegas, Nevada, we have some serious issues facing the nation. 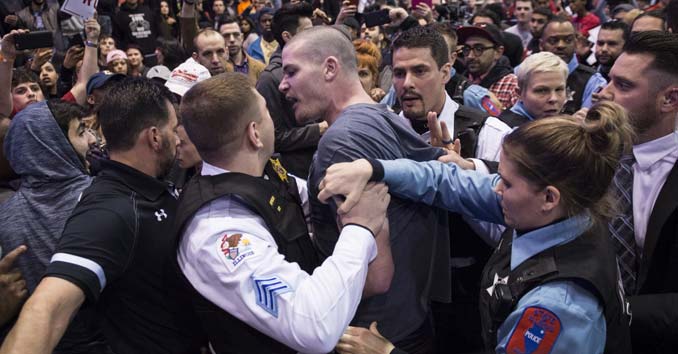 These events have put a lot of people on edge, and rightfully so. Normal everyday Americans are being attacked in vicious assaults simply for putting a Donald Trump sign in their yard or expressing a political viewpoint in public.

In the video below, a defenseless woman was attacked in her front yard by two thugs who were angered over her Donald Trump yard sign. The video shows you what we are up against and shows just how bad things are getting out there.

They have to go back. pic.twitter.com/OyposTGCH3

Regardless of who wins, there are going to be a whole lot of unbalanced people looking to cause trouble. For Preppers, or any preparedness minded person, I think it’s wise to prepare for the worst.

As we’ve seen, thanks to the Project Veritas videos, many of the attacks over this last year have actually been orchestrated by Hillary Clinton’s campaign and senior operatives in the Democratic National Committee. That means people who have served, and who are currently serving in our government are actually sponsoring acts of domestic terrorism right there in our own country.

This is something that I’ve been warning people about for years, but up until these videos came out most people dismissed it as a conspiracy theory. Well not anymore, it’s a proven fact.

We have a serious problem in this country when people in our own government are willing to pay mentally ill individuals to provoke violence and chaos in order to fulfill their political agenda.

How bad could things get after the election? 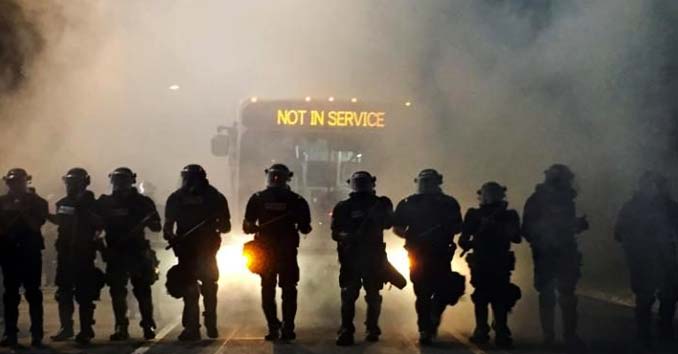 To give you an example of how hot the rhetoric has become on both sides, a couple of weeks back former Congressman Joe Walsh tweeted that should Trump lose, the next day he will be grabbing his Musket.

On November 9th, if Trump loses, I’m grabbing my musket.

While his comment may be a bit of hyperbole, there are a large number of people who share those feeling and may be willing to go beyond just a tweet. 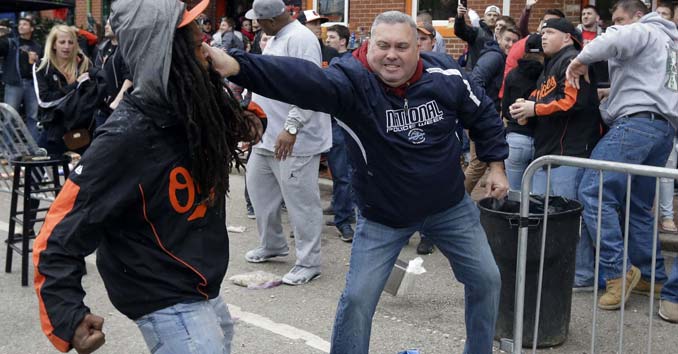 Keep an eye on the News: Following the election, you are going to want to keep a close eye on the news, especially locally. But don’t rely on the government propagandists, otherwise known as the mainstream media, because they will likely ignore a majority of what’s going on. Hell, these are the same people who have ignored numerous riots, attacks on innocent people, and terrorist attacks to help prop up their candidate.

Stock up on Supplies NOW: Should things go bad, you need to have supplies on hand. It doesn’t take much for local food, water, and emergency supply lines to become compromised.

Be ready for Attacks from the Outside: There are a number of nations and terrorist organizations who would love to take advantage of the chaos following the election. From cyber-attacks that affect our infrastructure to terrorist attacks that could hit just about anywhere in the United States, we need to be ready for anything.

In October, we witnessed what some people are warning may have been a trail run, when hackers took down thousands of websites, forums, and real-time networks in one of the largest DDoS to date. These threats are real, and they are out there. In fact, our government may be fanning the flames; just a week before that large-scale cyber-attack, the Obama administration warned Russia that the U.S. was preparing to launch a cyber war against Russia.

Some other things you should do before Election Day:

But what if nothing happens, aren’t you just Fear-Mongering?

Hey, call it what you want; but in the face of everything that’s happened over the last couple of years, to pretend the world is some peaceful place where nothing bad ever happens is in my opinion, reckless.

But I do understand, some people don’t want to face these problems. This is often a question that I get anytime I put up a preparedness alert. The site is dedicated to preparedness, we are not fortune tellers and can only put out alerts that are based on the facts and what we see happening.

We prepare for the worst and hope for the best. Nothing in this article is really that controversial; over the last couple of years, we have seen awful events play out before our eyes time and time again. I hope we see peace after the election, and if we do then chalk up your preparedness efforts to being that much better prepared for future disaster or crisis. But if we do see problems, do you really want to face them blind and unprepared?