We have a Government & a Media that’s declaring war on the thoughts, opinions and principles that founded this country.

Self-reliance, Patriotism, and Freedom: three things that were once valued in this country, have now become dirty words that make you a danger to the greater good.

Who would have thought that our country – a country that was founded upon individual freedom and self-reliance – would one day turn into a place where over half of all Americans receive at least one form of government assistance?

Even worse, who would have thought the values that founded this country would become things that could cause you to be persecuted by your own government?

The Demonization of everything American 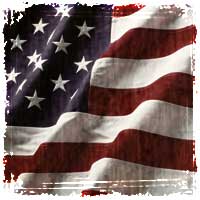 Earlier this morning I read a piece by Salon Magazine that, although shocking, has become pretty common in today’s media. The article was a disgusting display of everything that’s wrong with this country, in which the author tried to make the case that anyone who “loves their country, their flag, and everything it stands for,” is somehow an ignorant racist who seeks to destroy the government.

While an article like this might easily be dismissed as mere politics, or the ravings of a complete moron, I believe it’s actually part of a larger narrative designed to demonize and destroy anyone who dares believe in self-reliance.

Over the last couple of years a disturbing pattern has emerged, one in which self-reliant patriotic Americans have been not only demonized by the media, but targeted by the federal government as well.

If the article I read this morning was an isolated event, it could easily be dismissed. But sadly, it’s not a one-time event. In fact, over the last couple of years these types of articles and attacks have grown in frequency, and in my opinion are being used to crush the very ideals that our country was founded upon.

Here is just a small sample of what I’m talking about:

Again, even some of these reports could be dismissed; after all, when these things come to light, they’re usually quickly excused away as some low-level government employee acting on his own. But when you take all of these these reports into account, and then start to think about the numerous spying scandals that have emerged over the last couple of months, you really start to see the bigger picture.

Our country is being fundamentally transformed into something that our founders would not recognize. And before anyone thinks this is about politics, let me remind you that although things seem to be quickening under this administration, it was previous administrations who set the stage for this all to happen.