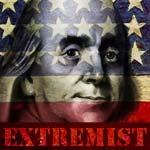 Government Warns Survivalists, Conspiracy Theorists & Those who Believe in Personal Liberty are a Terrorist Threat

From the Federal Government giving themselves the power to detain American Citizens without a trial to the White House launching a plan to find Home Grown Terrorists by having schools & churches spy on families, it seems that anyone who believes in personal responsibility or liberty is now considered a threat to the nation.

In a Department of Homeland Security sponsored study titled, “Hot Spots of Terrorism and Other Crimes in the United States”, the Federal Government laid out definitions of who they consider the largest terrorist threats to the country.

The report says that:

They go on to further define who they believe to be the biggest terrorist threats to the nation:

“Groups that believe that one’s personal and/or national “way of life” is under attack and is either already lost or that the threat is imminent (for some the threat is from a specific ethnic, racial, or religious group), and believe in the need to be prepared for an attack either by participating in paramilitary preparations and training or survivalism. Groups may also be fiercely nationalistic (as opposed to universal and international in orientation), anti-global, suspicious of centralized federal authority, reverent of individual liberty, and believe in conspiracy theories that involve grave threat to national sovereignty and/or personal liberty.”

So in other words, if you believe in personal responsibility, question the government or believe that you need to be prepared; well the government thinks you might be a terrorist! And this isn’t the first time they have said so.

Earlier this year we covered a conference where the F.B.I. warned about the same issues. In fact, they even gave examples of how you could spot one of those dangerous extremists. Their examples included:

I guess it’s rather fitting that on this celebration of our Country’s Independence, the people below would now be considered terrorists by our federal government!