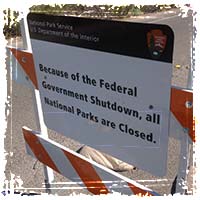 Earlier this week a group of Senior Citizens were making their way to Yellowstone National Park to see the sights, what they saw was far from what they ever expected to see here in America.

Rangers then systematically started to remove visitors out of the park. Buses were told not to stop anywhere on the 2.5 hour trip out of the park, and banned the buses from even stopping at private bathrooms along the route.

To ensure the buses had nowhere to stop along the route, park rangers threatened a private dude ranch, where tour groups normally stopped during the tour, that their license would be revoked if they allowed buses to stop and use their facilities.

Late last night the Federal Government ratcheted up their tactics as they targeted and arrested Vietnam Veterans who were visiting the Vietnam Memorial Plaza in New York City.

The vets, who gathered at the memorial to read the names of deceased US soldiers who died fighting in Afghanistan, refused to let the Federal Government tell them they couldn’t exercise their first amendment rights. After refusing to leave the outdoor War Memorial, the Vets were rounded up, placed in paddy wagons, and arrested for exercising the first amendment rights they vowed to protect. 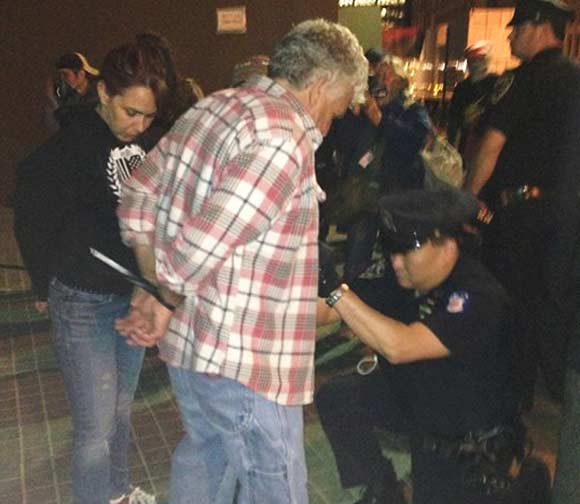 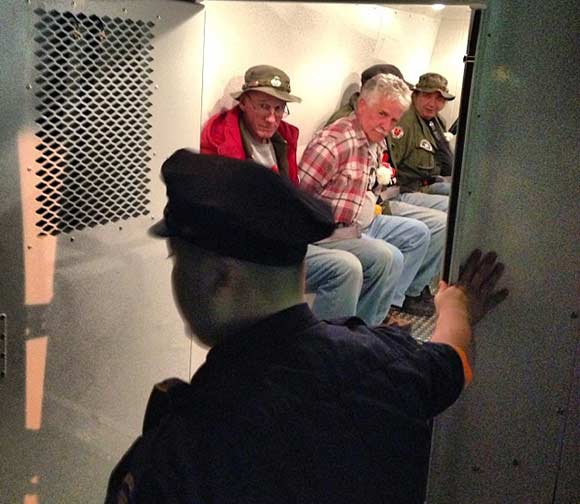 Feds Tell Park Rangers to Inflict Pain on the Public

As the government shutdown enters week two, the White House is actively trying to inflict as much pain as possible on the American Public. According to a Park Ranger in Washington D.C., the White House has ordered them to make the Shutdown as difficult as possible.

“It’s a cheap way to deal with the situation,” an angry Park Service ranger in Washington says of the harassment. “We’ve been told to make life as difficult for people as we can. It’s disgusting.

As we reported last week, Park Rangers from around the country are doing just that. People are being kicked out of their homes, Vets are being arrested, and the American Public is being threatened with huge fines and jail time if they step foot in the National Parks.

The Militarization of our police forces that we’ve been warning about seems to be rearing its ugly head, and in my opinion, this might just be the beginning.  As someone who writes and talks about preparedness, I really have to wonder if what we’re seeing here isn’t part of a larger plan.

Did you ever think you would see the day where seniors, WWII Veterans, and Vietnam Vets were arrested and thrown in paddy wagons, simply for visiting a national park or monument?