Reports from the scene are suggesting that at least two different garbage cans exploded into a crowd of onlookers near the finish line of the Boston Marathon just before 3 p.m. EST.. Multiple people have been injured and first responders are still hitting the scene.

A local Boston Herald reporter Chris Cassidy said “I saw two explosions. The first one was beyond the finish line. I heard a loud bang and I saw smoke rising, I kept running and I heard behind me a loud bang. It looked like it was in a trash can or something…There are people who have been hit with debris, people with bloody foreheads.” 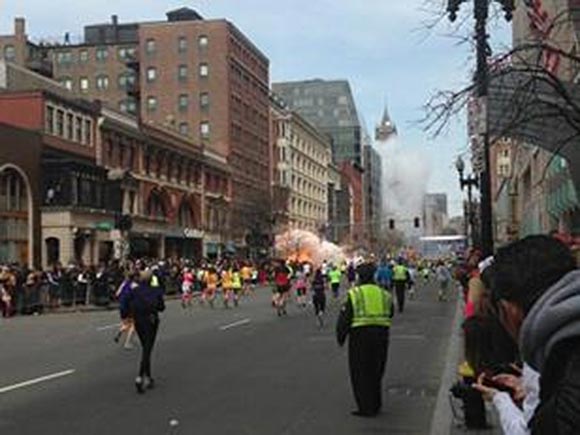 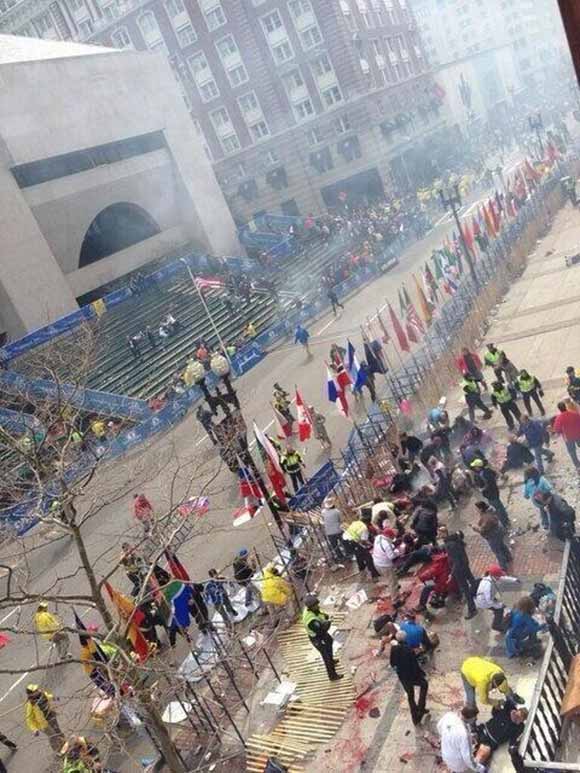 3:48 EST. Local Boston Reporter,  Jim O’Sullivan is reporting that secondary devices are still being found throughout the city. They are warning people to stay home as there still may more explosions.

4:03 EST. Cell Phone systems are jammed throughout Boston as networks are overwhelmed by incoming and outgoing calls.

4:48 EST.Flights into Boston halted: Boston Logan airport: “Traffic destined to this airport is being delayed at its departure point,” the FAA has advised.

5:00 EST. AP REPORTING Boston Cell Phone Service Shut Down to Prevent Remote detonation of possible devices that have not been found.