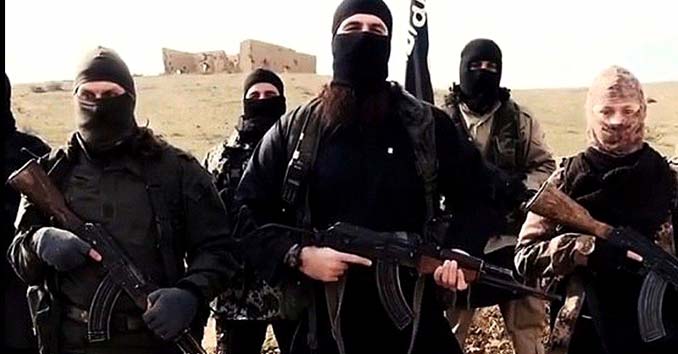 While the government would like you to believe they have a robust anti-terrorism task-force and a Department of so-called “Homeland Security”, the fact is they have become so bogged down by political correctness that none of these agencies have the ability to stop the attacks that have happened, and the ones that are likely to follow.

Since 2016, when we first reported on the Orlando, Florida terror attack and the total failure of our government’s anti-terrorism agencies, the Mainstream media has been working hard to cover up the Islamic threat’s we face in this country. In fact, shortly after the Florida attack some went as far as to try to blame the attack on Christian policies and laws against the Gay community; the fact is this was an act of Islamic Terrorism that could have been prevented.

The attacks in Florida highlight how much trouble we are in as a nation. Within hours of being attacked by a self-declared ISIS terrorist, the media and the government went into full-panic mode; trying their best to shift the blame to everyone but the Muslim groups who were responsible for the attacks.

The government was so worried about appeasing Muslims, and making excuses for them when they attack our country, that we have become paralyzed and unable to respond to the threat. In fact, as information starts to leak out relating to the Orlando, Florida Terror attack the totality of the problem is almost beyond belief.

In 2013 and 2014, the FBI not only investigated the Orlando attacker, but interviewed him at least three separate times because of his ties to terrorism and the threats he was making. But is gets even worse.

In 2011 The Fort Pierce Islamic Center, the Mosque where the Orlando terrorist worshiped several times a week, was under investigation by both the FBI and DHS for ties to a worldwide Islamic movement known as Tablighi Jamaal, an organization that is linked to several international terrorist organizations. Not only was the Mosque linked to these organizations, but this is now the second time that someone from this Mosque has committed an act of terrorism.

Moner-Muhammed Abu Salha was a suicide bomber in Syria in 2014. He lived in Vero Beach and Fort Pierce and was apparently an acquaintance of the Orlando terrorist. This human piece of garbage worshiped at this same mosque. Despite all of the information linking this mosque to terrorism, our government decided to let this radical mosque operate and apparently pump out even more terrorists.

According to an investigation by WND, The Hillary Clinton State Department shut down the investigation on Tablighi Jamaal because they didn’t want it to seem like the government was “unfairly” singling out Muslims.

A pattern of protecting the Terrorists?

Shortly after the Terrorist Attack/ Mass Shooting in San Bernardino, California in 2015, Attorney General Loretta Lynch pledged to a group of Muslim activists that she would take aggressive action against anyone who used “anti-Muslim rhetoric”. She told the group, “we stand with you,” and said she would use her Justice Department to protect Muslims from “violence” and discrimination.

Obama told us ISIS not a Threat!

In November of 2015, only a week prior to the French terror attacks that claimed over 120 lives, President Obama was busy trying to convince people that ISIS was not a threat.

Obama 2012: ‘The Future Must Not Belong To Those Who Slander The Prophet of Islam’

President Obama, when speaking at the United Nations on September 25, 2012, warned against slandering the Muslim prophet Mohammed. Obama said, “The future must not belong to those who slander the prophet of Islam.”


Islamic Terrorists Warning they are Going to Kill Americans; Feds Continue to say Islam is not a Threat

For years the mainstream media has tried to convince you that the real threat to the country is people being discriminated against when trying to use a certain bathroom. They have spent countless hours trying to push a narrative that Christians are out to get the Gay community.

Even after the terror attack in Orlando, several prominent left-wing, gay-rights activists took to Twitter to blame Christians for Sunday’s massacre. Chase Strangio, a staff attorney at the American Civil Liberties Union, on Sunday said the “Christian Right” is implicated in the slaughter by passing “anti-LGBT bills.”

“The Christian Right has introduced 200 anti-LGBT bills in the last six months, and people are blaming Islam for this. No,” Mr. Strangio said in a Twitter post.

So let’s put this into perspective for a minute. You have one group that just wants their daughters to be able to enter a public restroom without being harassed by a grown man in the stall next door, and you have another group who throws gays off buildings and massacres them inside a nightclub. Do you think maybe, just maybe there might be a small problem in what’s being covered?

How many times do we have to be attacked before the government actually starts to take this threat seriously?

These aren’t “love wolves”, and these are not “domestic extremists”. These are Radical Islamic terrorists, who by their own admission are doing this in the name of Islam and will continue to attack our country and our values. It’s time to stop talking about restrooms, and start taking steps to protect ourselves from people who keep telling us they want to kill us. Our government has done more to ban the Confederate flag after the shootings in Charleston than they have done to stop terrorists from entering our country.

You need to protect yourself because your government won’t.

You need to know what the threat is. It’s not the media created racial tensions, or some fake story about public restrooms, it’s RADICAL ISLAMIC TERRORISM.

The threat of radical Islamic terrorism is one of the greatest threats we face as a nation, mainly because the people running this country refuse to face it. This is exactly why I wrote my book, The Ultimate Situational Survival Guide: Self-Reliance Strategies for a Dangerous World, to help people prepare for this threat. It’s also why I write so many articles focusing on the threat of Radical Islam. These attacks in Orlando can happen anywhere, and you need to be prepared for them.

Develop a Bug Out Plan: According to Iraqi and U.S. intelligence officials, ISIS is aggressively trying to get their hands on chemical weapons. Should they set one of these devices off in the United States, the chaos that will follow is going to be devastating to this country. You need to have a solid evacuation plan, and you need to be ready to go at a moment’s notice.

Last year Congressman Rep. Robert Pittenger (R-NC), the chairman of the Congressional Task Force on Terrorism and Unconventional Warfare, released a 24 page Terrorism Preparedness Manual to help prepare the public for what he says are multiple terror cells working inside the United States. He warns that these cells are already here, and says the public needs to prepare for wide range of attacks including chemical attacks, explosives, and even nuclear threats.

Prepare for Martial Law: Should we be hit by a large-scale attack you need to be prepared for the aftermath. The government has already shown they will clamp down on the public first, and ignore the real threat. Just look at how their first reaction is to go after the guns, instead of looking at the immigration problem that brings these psychos into the country to begin with.

If we are ever hit with a well-coordinated nationwide attack, expect a large-scale attack on your civil liberties.

You need to take Self-Defense Seriously! There is no substitute for real-world self-defense training. Check out these articles to get started: