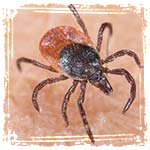 A new deer tick-borne illness that shares many similarities with Lyme disease is causing concern among doctors on the east coast. The new disease, Borrelia Miyamotoi Infection, was first found in humans in 2011. But now, a new report is saying that the disease has already infected over 100,000 New Yorker’s since the state first started keeping track.

Symptoms include relapsing fevers, headache, flu-like symptoms, muscle pains and other Lyme disease type problems. But unlike Lyme disease, this illness is harder to detect since the infected person does not develop the typical rash that you see with Lyme disease. This makes treatment difficult, since most people miss the chance to receive early antibiotic treatment.

To make matters worse, the disease is so new that there are currently no tests that can detect the germ. Researchers are still struggling to figure out where the disease came from, and what can be done to prevent it from becoming a larger problem.

Doctors say that anyone who has been bitten by a tick, who then comes down with Lyme disease like symptoms but tests negative for Lyme disease, should suspect this new illness as a likely cause.

How to prevent Tick-Borne Illnesses 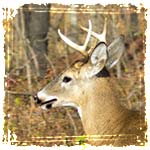 Remember, it takes a tick bite to get both Lyme disease and this new disease. If you’ve been outdoors in an area with ticks, have someone do a full body check. The sooner you find and remove the tick, the less likely you will be to come down with either illness.

Ticks are scattered throughout the world, but they tend to flourish more in areas with warm, humid climates. They are often found in wooded areas, brushy fields, and basically anywhere with a presence of deer. Ticks are most active during the warmer months (April-September).

Find and Remove Ticks from Your Body