As the Avian Flu Spreads throughout Midwest farms, The U.S. Department of Agriculture’s chief veterinary officer warns the consequences could be devastating for the poultry industry. 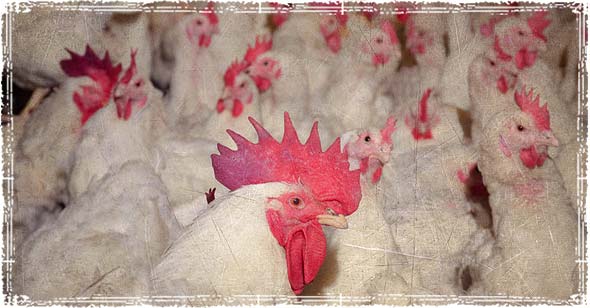 Authorities have confirmed N5N2 outbreaks at more than 30 commercial poultry farms in the Midwest, and today over 5.3 million hens in northwest Iowa were euthanized to prevent the spread of the disease. The action came as Iowa discovered its second outbreak of avian influenza, this time at a commercial chicken laying facility in Osceola County in northwest Iowa.

Officials are trying to get ahead of the disease before it spreads into the state’s large commercial egg-laying industry, where nearly one of every five eggs consumed in this country comes from.

Scientists believe the disease is being spread through migrating birds in the Mississippi flyway. Since the beginning of the year, the lethal H5N2 virus strain has spread throughout several states, including Arkansas, Idaho, Iowa, Kansas, Minnesota, Missouri, Montana, North Dakota, Oregon, South Dakota and Washington.

Earlier today Wisconsin Governor Scott Walker declared a state of emergency over a bird flu outbreak after three separate flocks became infected in the past week. Walker said on Monday he has authorized the state’s National Guard to help contain the virus.

The infected Wisconsin birds were chickens at an egg-laying facility, turkeys and a backyard flock of mixed-breed birds.

Assistance from the Wisconsin National Guard is necessary because federal resources are thin, due to avian influenza virus outbreaks in other states, particularly in the Midwest,” the Governor’s statement said.