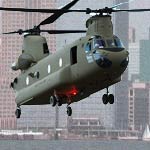 Last week a number of New Jersey residents were awoken by the sound of helicopter flyovers, gun fire and loud explosions. The disturbing sights and sounds, were yet another, in a long string of urban training drills on the streets of America. In the last couple of months, large-scale urban training drills have been conducted in Chicago, Miami, Tampa, and Los Angeles. 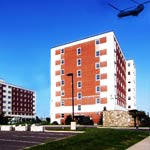 What has many concerned, is the growing number of drills that have the military teaming up with law enforcement in what seems to be aimed at policing the streets of America.

If these were really just urban training drills to prepare our soldiers for wars overseas, then why are local law enforcement teams being trained in military operations? After all, the Posse Comitatus Act was passed specifically to limit local law enforcement agencies from using federal military troops to enforce the laws of the land.