As crime rates drop around the country, a somewhat predictable but disturbing trend is starting to pop up in big cities across America. In a number of large metropolitan areas throughout the country, where guns are severely restricted, crime is actually increasing. In fact, it’s increasing at a rather alarming rate. 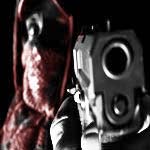 Take the notoriously Anti-Gun city of Chicago, where in the first 6 months of this year the city has already seen over 228 Homicides. Last weekend alone, Fifty-three people were shot; nine of them fatally, in what’s becoming a deadly weekly trend on the streets of Chicago. From Flash Mobs attacking shoppers on Michigan Avenue, to the Gang Violence that’s plaguing the city, Chicago has become more violent than the deadly war zones in the Middle East.

While gun control advocates point to Chicago as being a major reason for needing stricter gun laws, what they fail to mention is that nationally crime rates are actually dropping. In areas that actually respect your right to bear arms, crime rates have been dropping year after year.

So why are national rates dropping when places like Chicago become deadlier?

If you look at places like Chicago, Washington D.C. and New York City where they refuse to recognize the right to bear arms, one thing becomes painfully obvious. Gun Control Laws DO NOT WORK!

While national crime rates are dropping, the cities mentioned above are becoming gang infested war zones with sky rocketing murder rates. If these gun control measures actually worked, then why are these cities all in the middle of unprecedented violent crime wave?

When will they ever learn?

Chicago’s answer to the problem is almost too stupid to believe. This week Chicago is encouraging residents to turn in their guns in exchange for a $100 gift card. The Chicago Police Department is asking residents to get guns out of their homes and turn them in during their annual gun turn-in program, “Don’t Kill a Dream, Save a Life.”

Anyone who turns in a gun will get a $100 gift card, no questions asked!

In a public statement, the City of Chicago said they are encouraging:

“people come out that have weapons lying around the house, or weapons, maybe, that they don’t necessarily want in their house. This is a chance to get some money for their weapon, and get another dangerous weapon on the street.”

I fail to see how asking law-abiding citizens to turn in their guns and leave their homes defenseless is a viable option for solving the violent crime issue in Chicago. I mean let’s get real here, we all know criminals are not going to be the ones showing up to turn their guns; so who are they really targeting with this campaign? If you ask me, it seems like all they’re doing is making it that much easier for the criminals to rob and steal without fear of being held accountable.