Violence erupted on the streets of Milwaukee, Wisconsin last night after “Black Lives Matters” Rioters teamed up with the city’s brutal street gangs to target police officers and whites. 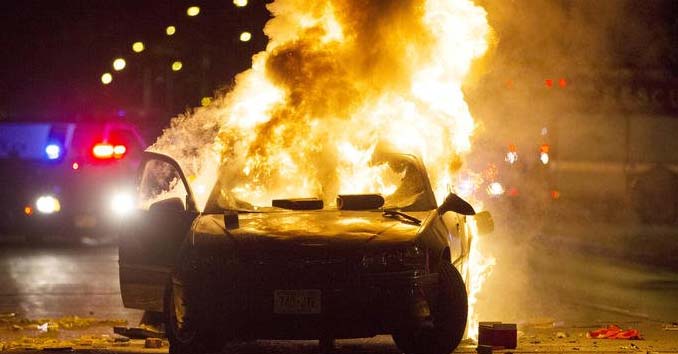 The violent mob used a police involved shooting from earlier in the night as a pretext to violently riot and loot, burn down buildings throughout the city, and target whites with brutal beat downs. The thugs took to the streets, smashing and setting fires to police cars, throwing bricks at officers, shootings at people, and burning down multiple stores.

People chanting “Black Power!” as they set fire to a gas station.

Crowd breaks widows of unoccupied squad near Sherman and Auer. Other squad set afire and broken windows on another. pic.twitter.com/Jux2mJZYyQ

Nothing says justice like looting a beauty supply store and burning a gas station, auto store, and bank. #Milwaukee pic.twitter.com/fgNn8C8mRp

Looters breaking into a gas station in Milwaukee:

People are breaking into gas station after 23 year old male was shot and killed by #mpd officer. 😔 #milwaukee pic.twitter.com/JVXz56viPI

But the most sickening part of the night was when the racist mob decided to target white people with violent attacks. In the video below, the violent hate group can be seen and heard specifically targeting whites on the streets. The clip shows rioters chanting “Black Power” and screaming things like “He white – beat his head – bitch!” and “Yeah they white, get their ass!”.

#BlackLivesMatter rioters target whites: “They beating up all the white people.” #Milwaukee pic.twitter.com/G85jnYtd3k 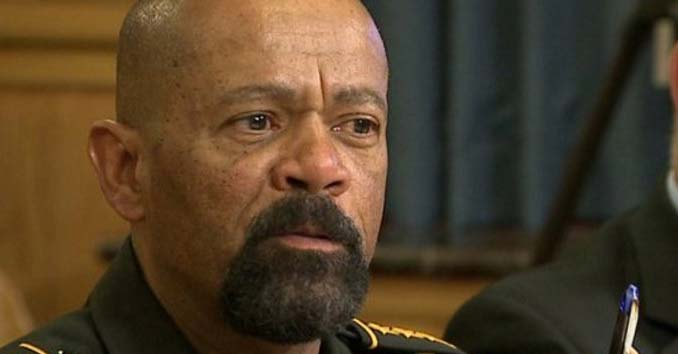 This morning, Milwaukee County Sheriff David Clarke requested that Wisconsin Gov. Scott Walker deploy the National Guard into Milwaukee.He told the press, “We cannot allow for a repeat of what happened (Saturday) night.  I am going to utilize all available resources to accomplish that.”

Hours later the Governor deployed the National Guard to assist the Milwaukee Police Department and released the following statement on his Facebook Page:

Madison – Governor Scott Walker released the following statement today after the events of last evening and early this morning in the City of Milwaukee:

Following a request from Milwaukee County Sheriff David Clarke, and after discussions with Milwaukee Mayor Tom Barrett and Adjutant General Donald Dunbar, I have activated the Wisconsin National Guard to be in a position to aid local law enforcement upon request.

I commend the citizens who volunteered in clean-up efforts this morning. This act of selfless caring sets a powerful example for Milwaukee’s youth and the entire community. I join Milwaukee’s leaders and citizens in calling for continued peace and prayer.

It is also important for citizens to know that Wisconsin is the first state in the nation to have a law requiring an independent investigation anytime there is a shooting by a law enforcement officer that leads to a death. I will not comment on the specifics of the case as it is now under this investigation. I do, however, hope people will give law enforcement the respect they deserve for working so hard to keep us safe. 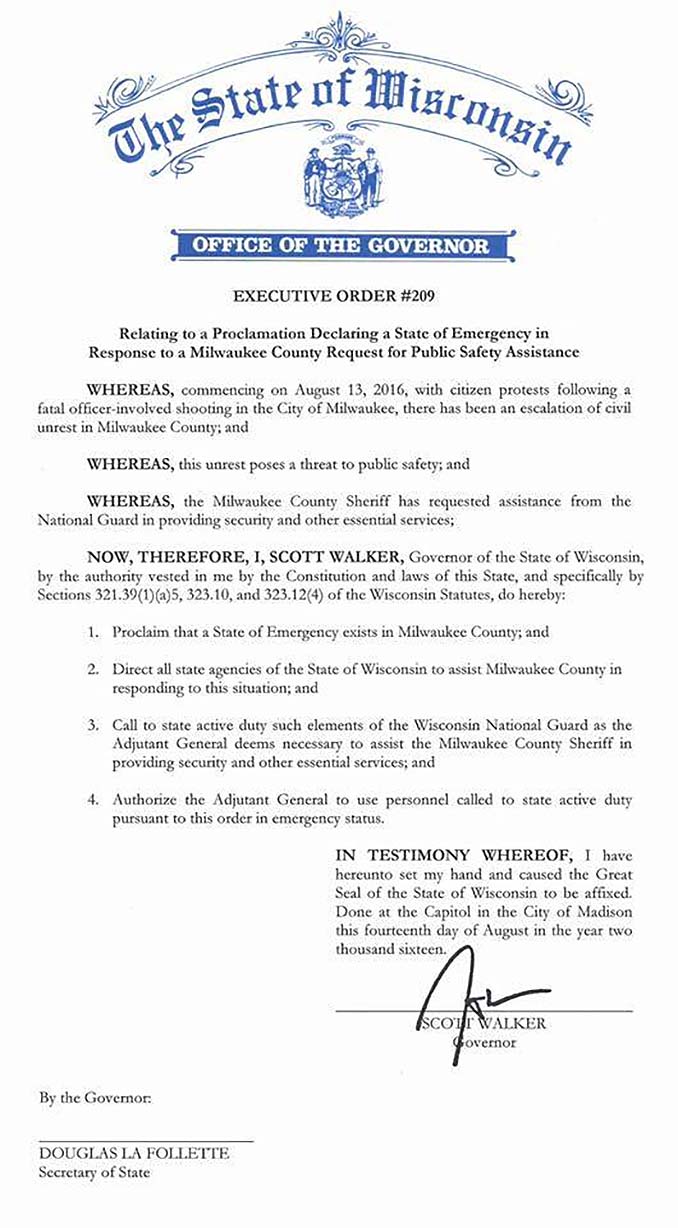 Police in Chicago on Edge after Declaration of War by Gangs

In Chicago, just 90 miles from Milwaukee, law enforcement is on edge after local street gangs declared war on the city’s police officers. Last week the Chicago Police Department issued a “Civil Unrest” Warning. Anyone in these cities should be aware of the danger and take steps to protect themselves from possible violence.

The top Survival knives on the market. Here is the list of our favorite fixed blade survival knives after years of testing and abuse. […]