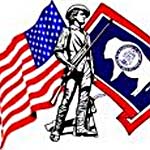 With many people thinking that America is tittering on the edge of Financial Armageddon,  State representatives in Wyoming are advancing legislation to look into the feasibility of creating their own mini country in case the United States Collapses.  They are trying to figure out what Wyoming would do in the event of a complete economic or political collapse in the United States.

House Bill 85 passed by a voice vote on Friday. The Bill will allow for a state-run government continuity task force. The Task force will be responsible for figuring out how Wyoming would handle this doomsday scenario.  The task force will look into issues such as disruptions in food and energy supplies, an economic collapse, and even a total meltdown of the federal government.

Lawmakers are so serious about this legislation that they are looking into the possibility of everything from Wyoming issuing its own alternative currency, to implementing a military draft. The Task force is even looking into how they could acquire a strike aircraft and an aircraft carrier.

The bill’s sponsor, state Rep. David Miller, R-Riverton, said with the national debt exceeding $15 trillion and protest movements growing around the country the State needs to make sure it’s protected should any unexpected emergency hit the U.S.

The bill has to pass another House Vote and then make its way through the State Senate for approval, but when you start seeing States adopting this type of legislation you know it’s time to start taking this serious!

UPDATE: Doomsday Bill Sabotaged and Killed because of Politics