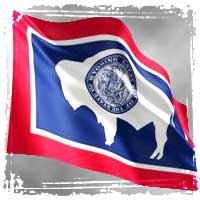 Wyoming legislators are telling the Federal Government that their Unconstitutional Actions will not be tolerated in the State of Wyoming. In response to the coming Federal Gun Control Proposals, Wyoming Legislators are proposing the Wyoming Firearms Protection Act (HB0104)

The Legislation, sponsored by Rep. Kendell Kroeker, attempts to nullify all federal laws made after Jan. 1, 2013 and states that they will be unenforceable within the borders of Wyoming. If the bill passes, it will allow Wyoming Law Enforcement to criminally charge any federal agent who attempts to take away a Wyoming resident’s 2nd amendment rights.

No public servant as defined in W.S. 6-5-101, or dealer selling any firearm in this state shall enforce or attempt to enforce any act, law, statute, rule or regulation of the United States government relating to a personal firearm, firearm accessory or ammunition that is owned or manufactured commercially or privately in Wyoming and that remains exclusively within the borders of Wyoming.

It then goes on to say that any Federal Agent who attempts to go after a Wyoming Citizen’s 2nd Amendment right, will be guilty of a felony and, upon conviction, will be subject to imprisonment for at least one year. The proposal tells the federal government that Wyoming will not allow them to Ban or restrict ownership of a semiautomatic firearm, and they will not comply with any attempt to register any state residents under a federal firearm registry.