In a neighborhood in New York, which is known by locals as “Zombieland”, 33 people were hospitalized on Tuesday after overdosing on the synthetic drug K2. Police were called to the scene after dozens of people, looking like they were straight out of the Walking Dead, stumbled through the streets foaming at the mouth and falling over in the streets.

Dozens of half-dead people blindly staggered through the streets of a Brooklyn neighborhood known as “Zombieland” Tuesday morning, propping themselves up against fire hydrants and vomiting foam down their shirts.

But the apocalyptic scene wasn’t for a movie. The victims had apparently smoked a bad batch of the “synthetic marijuana” drug known as K2 — and 33 people had to be hospitalized.

Synthetic Drugs Sweeping through the Country

As we have covered a couple of times in the past, these new synthetic designer drugs are extremely easy to get, most of them being sold at convenience stores throughout the country. In some areas of the country these synthetic drugs and chemical-laced packets are being used at higher levels than street drugs like Marijuana and Heroin.

Thier popularity has skyrocketed with teenagers because they are easy to get, completely legal in many areas of the country, and can be bought for around $5 a batch.

In Florida, authorities have been overloaded after a number of synthetic drugs coming in from China, including a drug known as Flakka, have wreaked havoc  on their communities. In the spring of 2015, three or four people were hospitalized every day in South Florida, an area particularly hard-hit by the epidemic.

These synthetic drugs come under many different names — Bath salts, spice, k2, Flakka, etc. — but they all have one thing in common, they are turning people into dangerous shells of their former selves.

One of the major problems with these drugs is they are constantly evolving, and the moment lawmakers try to ban one substance the designers simply change an ingredient and switch the name, bypassing the bans and often times making these products even more deadly.

In 2014, after being pressured by U.S. lawmakers, China cracked down on some of these exports and banned methylone, a synthetic stimulant in the same family as flakka. This substance was being added to ecstasy and “Molly.” When Methylone was banned, it was quickly replaced by an analog substance called ethylone. And after ethylone was added to a 2015 ban, it was been replaced by dibutylone.

A Warning for Parents 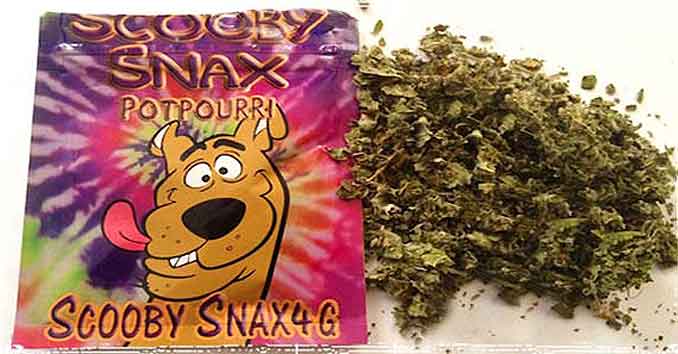 If you are warning your kids to watch out for those shady drug dealers of the past, you need to be aware of how kids are now being targeted. Those stereotypical drug dealers have now been replaced by your local gas station and convenience stores. A new world of designer drugs, which are completely legal in most areas of the country, are now being sold right next to the candy aisle. Things like bath salts, spice, synthetic marijuana, and various psychedelic chemical compounds are being sold in brightly colored packaged aimed directly at our children.