Zombies are very real, and they are already upon us. 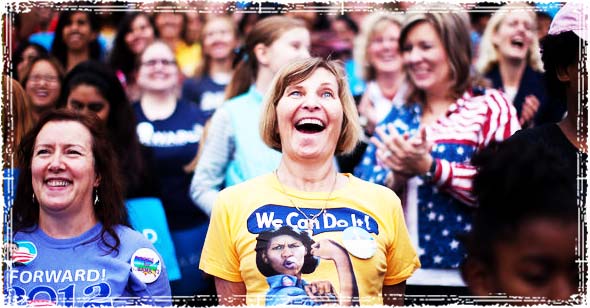 In a new study out of the Mayo Clinic, researchers discovered that almost 70% of the American public is currently taking at least one prescription medication. Researchers reported that antibiotics, painkillers and antidepressants were the most commonly prescribed prescriptions in America. Even more disturbing, is the huge number of people who have become dependent on mood altering medications.

We literally have a country filled with drug induced zombies

The numbers are actually pretty disturbing; according to another report, 1 out of every  5 U.S. adults is taking at least one behavioral pharmaceutical drug, and more than one in four women are taking at least one mood altering medication. But the craziness doesn’t stop there.

Are kids are being drugged into stupidity

According to new data from the Federal Centers for Disease Control and Prevention, nearly one in five high school age boys in the United States, and 11 percent of school-age children over all, have received a medical diagnosis of attention deficit hyperactivity disorder.

An estimated 6.4 million children, ages 4 through 17, had received an A.D.H.D. diagnosis at some point in their lives, a 16 percent increase since 2007, and a 41 percent rise in the past decade. Of those children who have been diagnosed with A.D.H.D, two-thirds receive prescriptions for stimulants like Ritalin or Adderall — which can lead to addiction, anxiety and occasionally psychosis.

There’s absolutely no way that 70% of America needs to be medicated; the fact is we have an industry that’s become more dangerous than the crack dealers who we lock up for selling drugs on the street corner.

Illegal Drug Use and Drug Addiction:

In 2011, an estimated 22.5 million Americans aged 12 or older—or 8.7 percent of the population—had used an illicit drug or abused a psychotherapeutic medication (such as a pain reliever, stimulant, or tranquilizer) in the past month. That number is up from 8.3 percent in 2002.

BATH SALTS AND DESIGNER DRUGS: Another cause for concern? 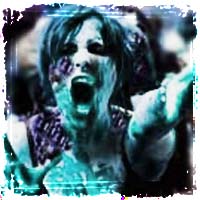 Agitation, dangerously high body temperature, extreme paranoia, vivid hallucinations, psychotic episodes, suicidal thoughts, violent behavior and last year’s zombielike attacks are all being blamed on a new crop of designer drugs. These drugs, commonly referred to as Bath Salts, are nothing like the drugs of the past.

Bath salts, the street name for a new class of designer drugs, have been blamed in a number of the recent sensational zombie attack stories. This new type of designer drug contains a mixture of chemicals that are often concocted in underground labs across America. Surprisingly, these drugs are completely legal, and are being sold in mini-marts and smoke shops throughout America.

We will see Chaos in the streets 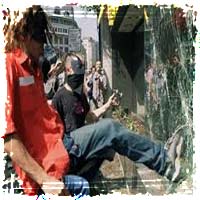 Ever wonder why there’s so much violence out there? While politicians would like you to believe it’s all those evil guns; the fact is, these are the same politicians who have allowed the Pharmaceutical Companies to dope up 70% of our country.

We have an entire segment of society who is taking psychotropic drugs that in many cases create more problems than they cure.

These mood alerting medications have been linked to everything from in suicide in teens, to sudden death in women, and in some cases even murder. In fact, there is growing evidence that most of the mass shootings that have taken place over the last 20 years can be directly tied to someone who was taking one of these mood altering medications

What happens to these people if they become cut off from their supply?

In my opinion, one of the largest threats to your safety during a time of crisis will be people who can no longer find these medications that they have become dependent on. Their minds have literally become rewired by these drugs; in a crisis situation, where these drugs are unavailable, you will see mass amounts of people who could be instantly thrown into some sort of psychosis.

Although these drugs are extremely dangerous, it can be even more dangerous for someone who has become dependent on them to abruptly stop taking them.

Those zombie shows you see on T.V. might start looking rather tame when compared to what could happen in that situation. Just take a couple of minutes today to notice the people who roam our streets; now imagine those same people let loose during a disaster or crisis situation. It’s not going to be very pretty!

If and when the system collapses, you’re going to have to fend for yourself. You might want to be Prepared!