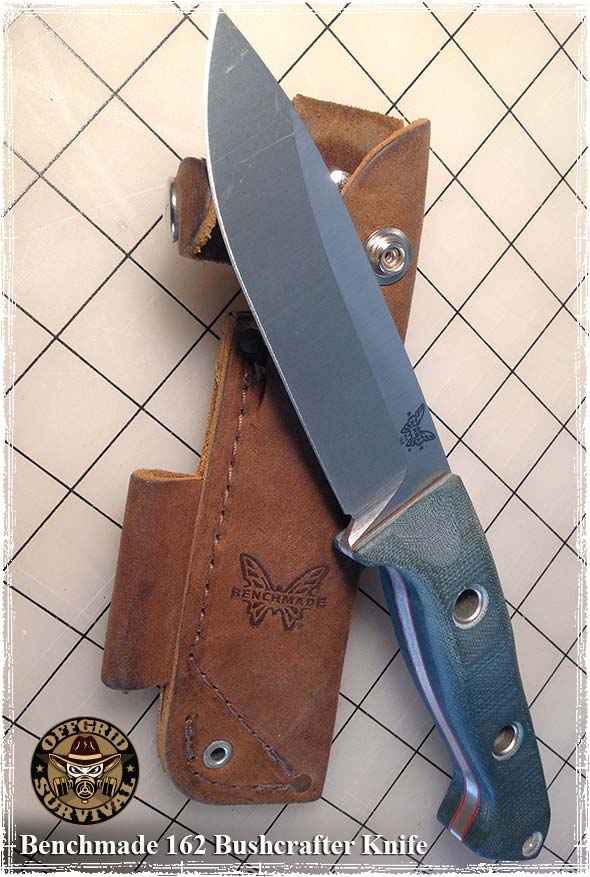 The 162 Bushcrafter is Benchmade’s first real Bushcrafting knife. Bushcraft, for those who haven’t heard the term, is an increasingly popular trend that takes ancient survival skills and blends them with modern day wilderness survival techniques.

The origin if the word comes from skills used in the bush country of Australia and South Africa, and dates back at least a couple of hundred years. Today, it’s most often associated with a diverse set of survival techniques including modern wilderness survival skills, primitive tool making with natural materials, and the use of modern tools like knives and axes.

The main point to Bushcraft is being able to not only survive, but thrive off the land. This means being able to live with only the materials you find in the wild and some simple tools, usually an axe, a knife and tools that you are able to make yourself.

Bushcraft really requires a different kind of knife, one that can hold up under the constant use and abuse it will face out in the field. Over the last couple of years a number of companies have started marketing dedicated bushcrafting knives, but in my experience, a lot of them were Bushcraft knives in name only.

The 162 Bushcraft Knife is Benchmade’s first foray into the Bushcraft world. It’s a fixed blade knife that’s a real workhorse, and a definite positive addition to the community. You can really beat the heck out of this knife without worrying about damaging it. 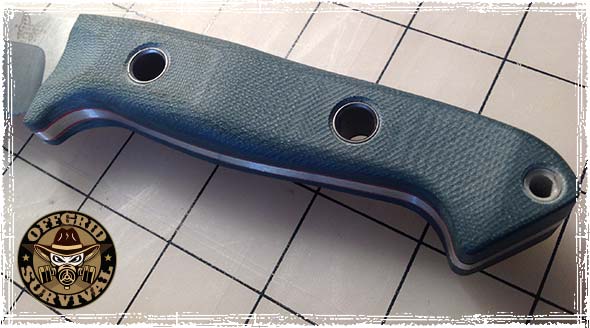 When selecting a good Bushcraft knife, the handle is an extremely important consideration. Pick the wrong one and your hands are going to pay the price.

When this knife first hit the market, I saw a number of people complain about the handle, especially those in the bushcraft community who claimed it was going to cause hotspots on your hand. While hotspots and comfort are definitely valid concerns when choosing a knife that’s going to be used for long periods of time, I’ve never had a problem with hotspots while using this knife. I think it’s really a non-issue created by people who might be a little stuck in their ways.

I really liked the feel of the handle and think the design is an improvement on a lot of the traditional bushcraft handles. The handle scales are molded G-10, held in place with flared titanium tubing. The hollow tubes in the handle are great lashing points, allowing you to turn the knife into a spear or a makeshift machete. 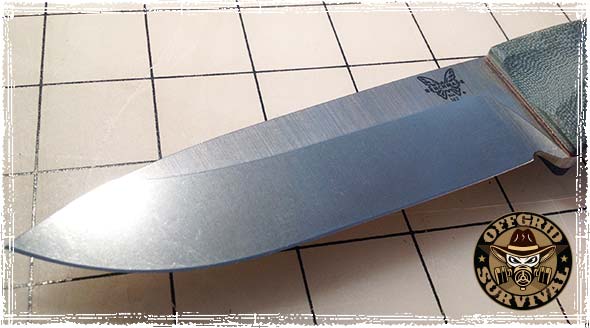 The Bushcrafter doesn’t have a scandi grind like most Bushcraft knives on the market, instead, Benchmade went with something they call a “high-ground drop point blade.” It’s basically a modified scandi grind that has been lowered to raise the bevel closer to the spine. This is supposed to increase the edge strength, something that in my testing was one of the things I really liked about the knife.

The blade is made with super strong S30V steel, which has a very clean grind and comes out of the box razor sharp. This is another area of concern that I’ve seen in some other reviews, but again, I think it’s really a nonissue.

S30V steel has outstanding edge holding properties and is about as durable and maintenance free as it gets. While it might be a little harder to sharpen the blade down the line, its raw durability and strength are going to make it hold its edge for a much longer time. In fact, I’ve been using the knife for about six months, and it’s held its edge better than a majority of the knives I own.

The only real issue I had with this knife had nothing to do with the knife itself, but with the buckskin leather sheath. I’m not going to beat around the bush, I thought the Sheath sucked. 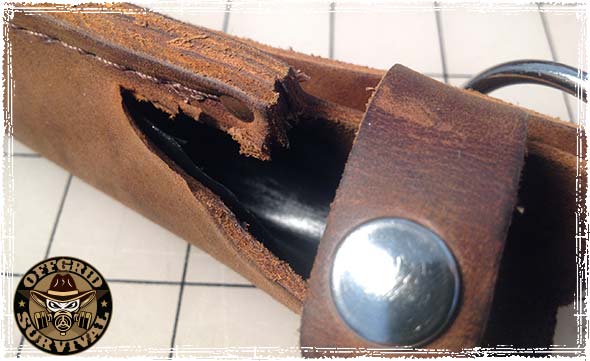 After a couple months of use, the top of the sheath started splitting on me – something that’s a huge problem out in the field and a definite safety issue.  If you look at the picture above, you can see the problem comes from the cheap plastic insert that pushes the blade into the leather.

If you do buy this knife, the first thing I would do is replace the sheath with a Kydex alternative or replace the cheap plastic insert with a better fitting piece of Kydex. I prefer Kydex to leather, so I may be a little bias in that regard, but even if you love the leather style you’re going to have to eventually do something to better secure the blade.

Overall Impression of the Benchmade 162 Bushcrafter

While the knife is marketed to the Bushcraft community, I think it’s a really solid all-purpose knife, suitable for hunting, utility use, survival, and bushcraft. Aside from my issue with the Sheath, I have no problem recommending this knife; in fact, it’s one of the knives that I most often carry.
The Knife retails for around $155 – $180.